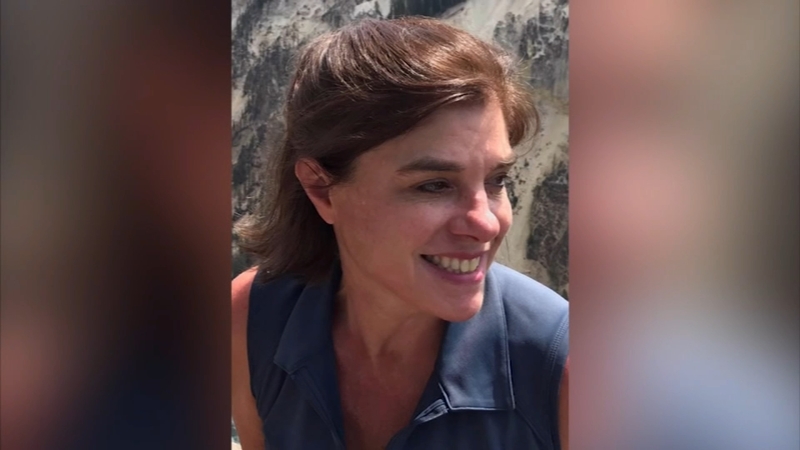 Delaware officials have now classified the death of a teacher whose body was found in the Brandywine River as a homicide.

Susan Ledyard, 50, of Wilmington, was found in the river near the Church Street Bridge on July 23.

Officials said Thursday that Ledyard died as a result of blunt force trauma and drowning.

Troopers responded to Walkers Mill Road in the area of the Rising Sun Lane Bridge, for the report of a suspicious vehicle on the morning of July 23.

Police said when they arrived they found an unoccupied black, 2016 Honda Civic, which came back registered to Susan Ledyard. This location, where the vehicle was located and where the Rising Sun Lane Bridge spans the Brandywine River, is approximately three miles upriver from where Susan's body was recovered.

"It is still a shock somehow to know that somebody killed her I just can't for the life of me imagine who would want to hurt her," said Missy Morrissey, Ledyard's sister.

Through various investigative leads and measures, investigators have been able to create a timeline of Susan's activities on that day, however, officials have said a gap exists between the hours of 3 and 7 a.m.

Detectives are asking that anyone who believes that they may have seen Susan during this four-hour time frame, or who may have any information regarding this case to please come forward.

"She cared about everybody and I just can't believe that somebody would want to hurt her. We just have to find that person," said Morrissey.

Susan is described as a white female, 5'4" tall, 130 lbs., with shoulder-length brown hair, and was wearing a purple tank top at the time of the incident.

Ledyard was a teacher at Academy Park High School in, Sharon Hill, Pa., since 2006

Anyone with information is asked to contact the Delaware State Police Homicide Unit by calling 302-365-8441.

For Ledyard's family, no tip is too small.

"We all just want to find justice for her. It's not an option not to know what happened. We are going to find out what happened and we need everybody's help to do that," said Morrissey.
Report a correction or typo
Related topics:
wilmingtonhomicidebrandywine riverbody found
Copyright © 2022 WPVI-TV. All Rights Reserved.
TOP STORIES
Boy, 11, suffers burns during bonfire explosion
Relief coming for residents enduring deafening steam plant noise
Son of Philly police officer shot, killed during apparent robbery
Another volatile day on Wall Street. Is it time to worry?
AccuWeather: Back to the 40s Tuesday
Officials ID victim killed in Montco crash; 4 others seriously injured
Mayor Kenney to undergo heart procedure Tuesday
Show More
Getting paid on Venmo or Cash App? New tax rule might apply to you
Philly sees more graffiti during COVID, but artists say it's an outlet
Tax season officially begins. Here's everything you should know
Introducing Millville, New Jersey's first female mayor
Dad charged and fired from job after racist tirade posted on TikTok
More TOP STORIES News