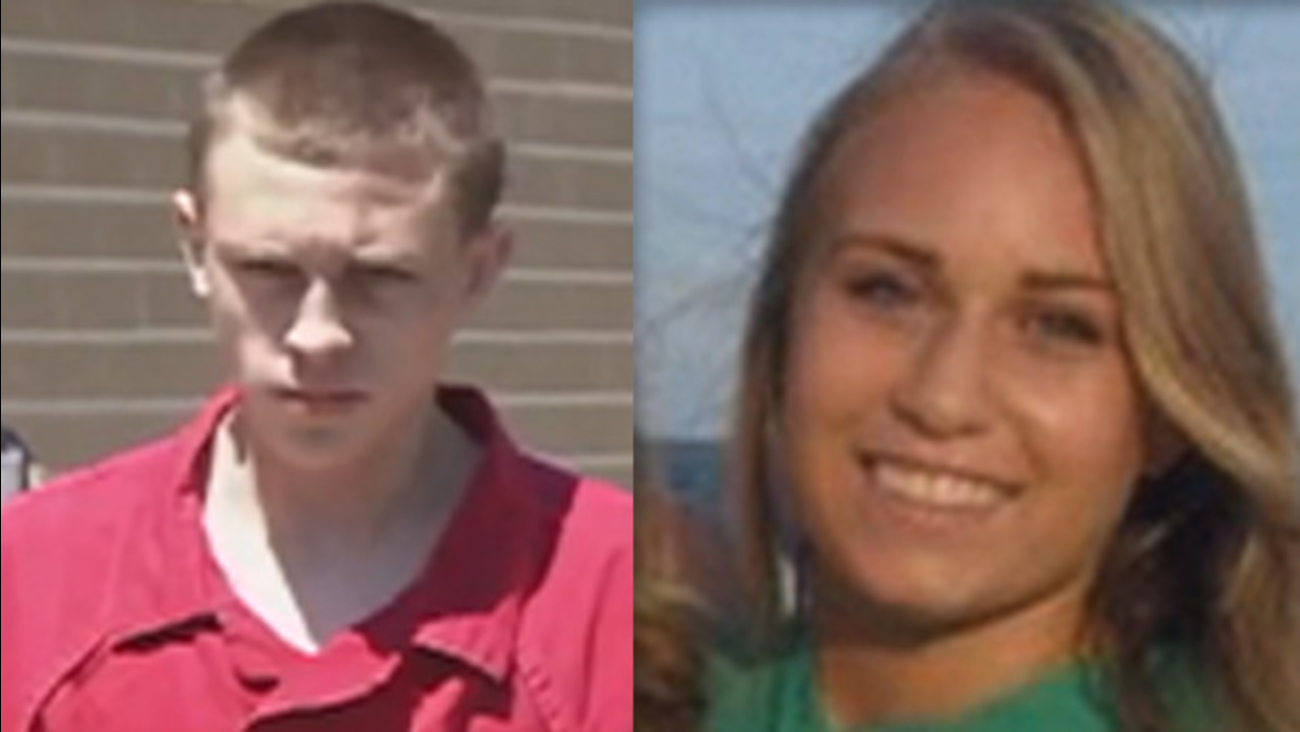 SKIPPACK, Pa. (WPVI) -- A teen has been convicted of first-degree murder for stabbing his girlfriend to death on a trail in Skippack, Montgomery County last year.

Tristan Stahley, now 18, was charged with killing 17-year-old Julianne Siller in May, 2013.

Stahley was 16 at the time of the killing and, though he was charged as an adult, he does not face an automatic life sentence, but between 35 years to life.

A sentencing hearing will be held at a later time.

Authorities say Stahley and Siller were overheard arguing at his home on Rittenhouse Lane.

A short time later, the couple drove to nearby Palmer Park and the argument continued as they walked along a nearby trail.

Police say Stahley then attacked Siller, stabbing her multiple times, including in the throat.

After the attack, he allegedly dragged Siller's body to a densely wooded area.

Stahley fled the scene, went home and told his mother.

Stahley then threatened to commit suicide. Police were called as the teen's father stopped him from trying to harm himself.

Authorities took Stahley into custody where they say he admitted stabbing Siller with an EMT knife and dragging her body into the woods.

Investigators were able to recover Siller's body later that night.