Temple students wake up to vandalized cars in North Philadelphia 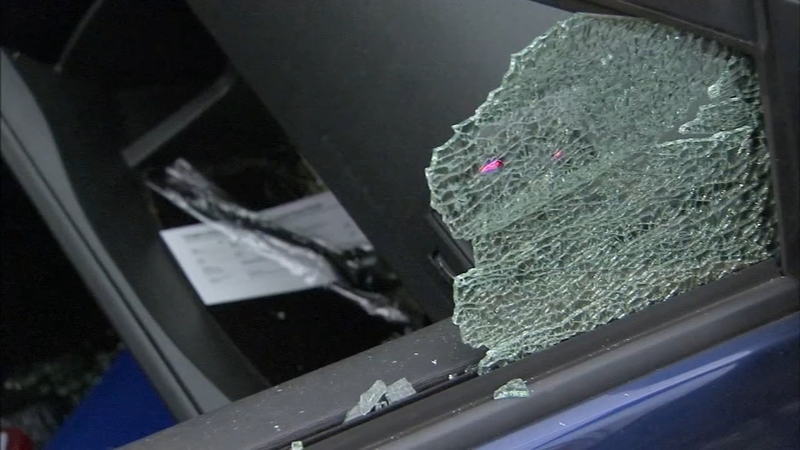 Temple students wake up to vandalized cars in North Phila.

NORTH PHILADELPHIA (WPVI) -- People living on Temple University's campus in North Philadelphia woke up to find their car windows had been smashed overnight.

Approximately 51 vehicles from Diamond to Oxford street, from 9th to 11th, were broke into around 4 a.m. Friday.

Detectives at Central say the culprits didn't just vandalize vehicles at Temple, they spread the misery to car owners in the Fairmount section of Philadelphia as well.

So far, the investigation shows no logic, no reason, no explanation for these shameless acts.

Victim Joe Sessons said, "It's pretty, I mean its Philly what can I say."

Joe Sessons Nissan Sentra was struck by vandals overnight around 4 a.m. in Fairmount.

As in the other cases, they smashed the passenger door window.

"Came outside like I always do and I came out and see some others calling the police. You can see all of our passenger sides are mostly busted out," said Sessons.

Police say eight other cars parked in a lot belonging to the Laura Waring School in the 1800 block of Mt. Vernon were also struck.

Kelsey Schwarzenvac of Fairmount has had her car vandalized before but fortunately did not park in the lot last night.

"It stinks, it's horrible, takes time out of your schedule and time out of what you need to do to get it fixed, and it costs a lot of money, so I feel bad," she said.
EMBED More News Videos

The attacks were random, and most cars untouched but then in some blocks three or four cars in a row were vandalized.

Temple Police Chief Charlie Leone said, "We found three individuals walking. Looks like they were hitting the car windows either with their hands or something in their hand. They were not carrying any bags so it doesn't look like they were trying to look for anything large."

Temple med student Schuyler Edwards was using tape and a plastic bag to seal up her passenger door with the smashed window.

Her roommate had alerted her.

"She texted our roommate group chat saying to check our cars so I came down, fingers crossed that I wasn't hit, but unfortunately it was," said Edwards.

Mary Redcha's food truck not only had its window smashed, but the vandals broke into it and threw things all over the place.

She said, "Why they do it? They don't have nothing better to do but just go and vandalizing those cars and trucks, its 40-50 cars."

In all, 51 vehicles were vandalized according to police.

Temple University officials say any student who had their vehicle vandalized can park in one of the University's garages for free until they can get their windows repaired.