The 11-hour standoff ended after an FBI Hostage Rescue Team entered the synagogue and killed the suspect.
WPVI
By Walter Perez 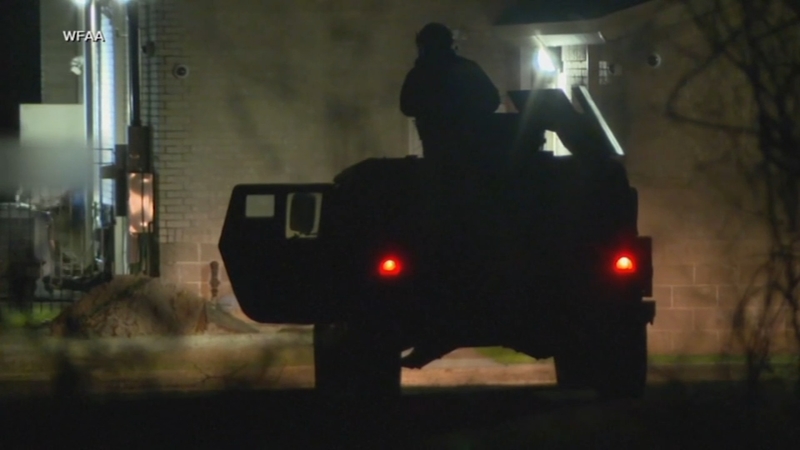 PHILADELPHIA (WPVI) -- The terrifying scene that unfolded this weekend at a synagogue in Texas hit very close to home for a Montgomery County faith leader.

Rabbi Glenn Ettman from Congregation Or Ami in Lafayette Hill attended rabbinical school with Rabbi Charlie Cytron-Walker, who was among the four people held hostage on Saturday at the Congregation Beth Israel synagogue in Colleyville, Texas.

Fortunately, Cytron-Walker and the other three hostages were not harmed.

The 11-hour standoff ended after an FBI Hostage Rescue Team entered the synagogue and killed the suspect.

A 10-hour-long hostage situation at a Texas synagogue came to a conclusion with all of the hostages safe and the suspect dead, officials said.

The suspect has been identified as a 44-year-old British national named Malik Faisal Akram.

The terrifying ordeal in Texas has prompted a few police departments in our area to step up security patrols around Jewish community centers and houses of worship as a precaution.

"We just want the faith-based community here and the Jewish community to feel comfortable," Coluzzi said. "Know the police are here and know that we want to know if they are afraid of anything, seeing or hearing anything we need to be aware of."

Rabbi Ettman says he is just glad his dear friend is OK. He says the only way forward is to keep discussing tolerance and acceptance with all of those who are willing to listen.


"We can talk to our Christian partners, our Muslim partners, as well as our Jewish partners to see how we can be strong amidst all of these challenges," Ettman said.

To be clear, there have been no reported threats against any houses of worship in the Delaware Valley.

Any added patrols have been put into place out of an abundance of caution.