Hope Holland admits her first name played a role in her perseverance to be reunited with her son. Jonathan. He was abducted in 1999 when he was 3-years-old.

CAMPBELL, Calif. -- Hope Holland admits her first name played a role in her perseverance to be reunited with her son. Jonathan. He was abducted in 1999 when he was 3-years-old.

Thursday morning, after clearing the immigration checkpoint between Tijjuana, Mexico and San Diego Wednesday night, they were together for the first time, getting reacquainted at Ms. Holland's Campbell apartment. Neither doubts their biological connection. They both love spicy food, basketball and bicycling. They are learning more about the similarities as the hours pass.

Holland found her son on Facebook, recognizing some old photos he posted. She's been in constant communication with him ever since. Months later, she was finally able to bring him home from Mexico, where he had been living all these years.

"I was suicidal. I was pretty much done. I had no reason to believe I was finding my son. Ever since I found him, my whole world, my whole outlook and direction changed," said Holland.

She said she had an abusive relationship with Jonathan's father. She says someone kidnapped him and cut off all communication.

"His dad was going on vacation and had permission to take him. It was a normal day. I didn't think he was not coming back," said Holland, fighting back tears.

Jonathan remembers nothing about being separated from his mother. But Hope is hoping that with time, old photos and several toys that belonged to Jonathan that she kept all these years, will jog his memory.

Jonathan also will be reunited with his older brother Jacob. The old photo album contains many photos of the siblings together.

Jonathan says he's not in direct contact with his father. If they need to connect, they do so with an intermediary. His father's name is not listed on his birth certificate, showing that he was born to Hope Holland at Kaiser Medical Center in Santa Clara in 1996.

As an American-born citizen, he hopes to live in both the Bay Area and in Mexico. He is in his last year of high school in Mexico.

Crossing the border into the U.S. had its tense moments as they waited in line for four hours, then spent more than two hours detained separately, while officers checked their paperwork and questioned them.

Speaking in Spanish, Jonathan says he doesn't enjoy his sudden fame, but he is very happy to be reunited with his mother.

Hope Holland tapped all of her savings and resources to pay for travel expenses to reunite with her son. She does say, however, that she is disappointed from the lack of help from child abduction agencies she reached out to for help.

"No support, zilch. Zero, including no financial support, no reunification support, but also, reluctance, resistance to giving me the documentation that I needed just to get my son across the border," said Holland.

A GoFundMe page has been set-up to her cover her costs. If you would like to contribute to it, click here. 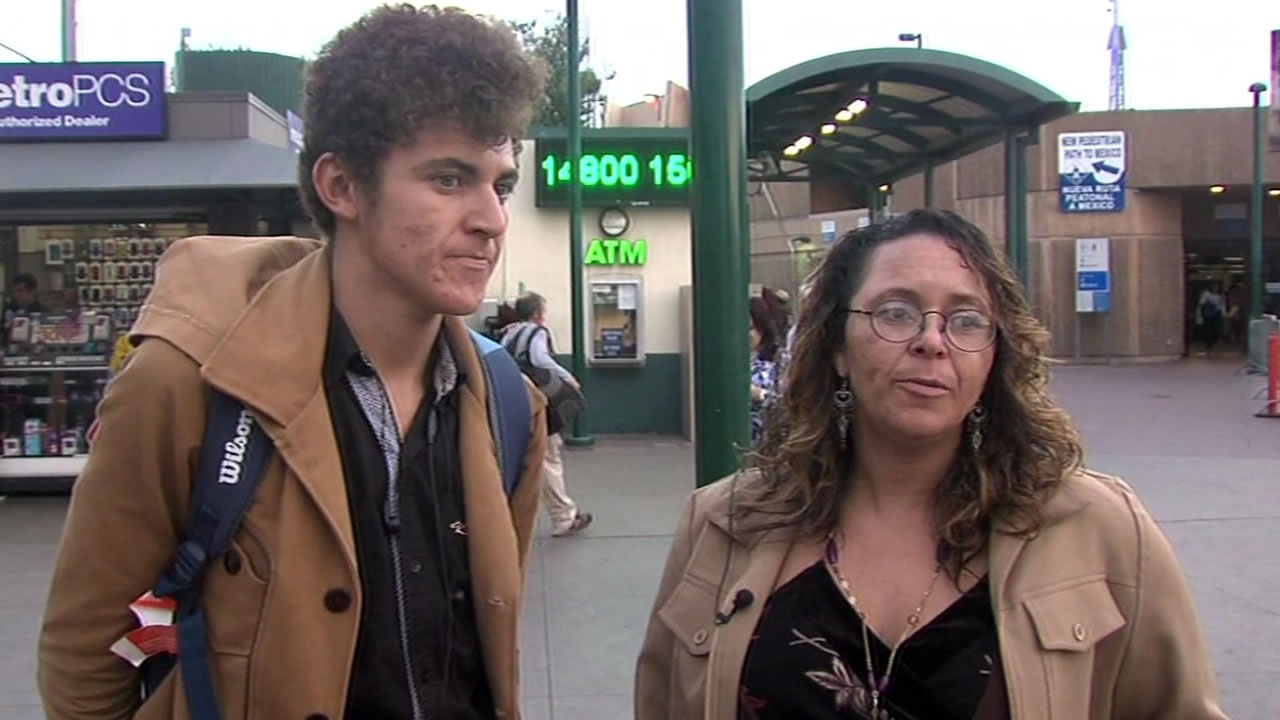