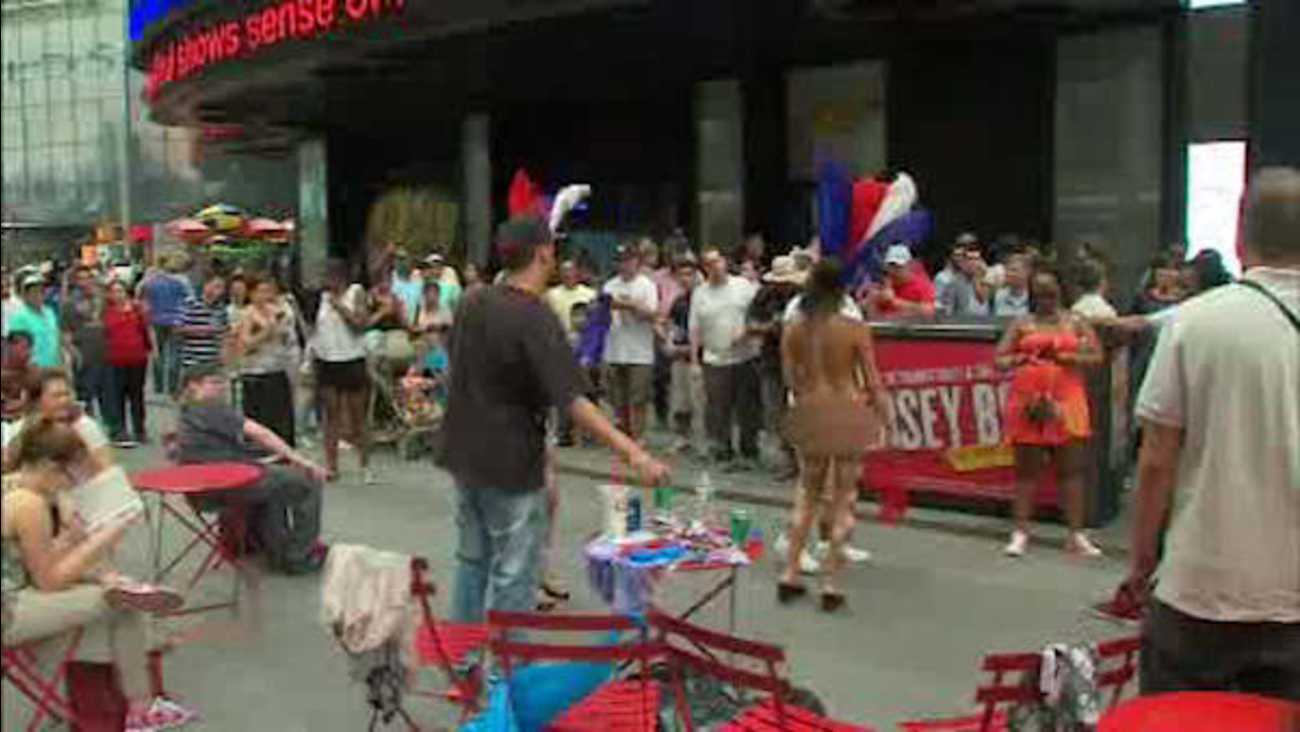 TIMES SQUARE (WPVI) -- One of the Times Square topless women was arrested Wednesday night by an undercover police officer.

20-year-old Destiny Romero sold $200 worth of drugs to an undercover police officer and offered to perform a sex act on the cop for another $200.

She was arrested at Seventh Avenue and West 42nd Street just before midnight and charged with three counts of drug possession and one count of prostitution.

Walters reached for his wallet to tip her, realized it was missing and accused Carrasquillo of stealing it.

He held her by the hair to keep her from running away and pushed her to the ground.

Her roommate, 32-year-old Maria Ruiz, tried to intervene, and Walters hit her near the right ear.

Walters was arrested by a nearby police officer. He was charged with two counts of misdemeanor assault.

Neither was wearing enough clothing to hide a wallet.