Search on for gunmen after drive-by shooting in Tinicum Township 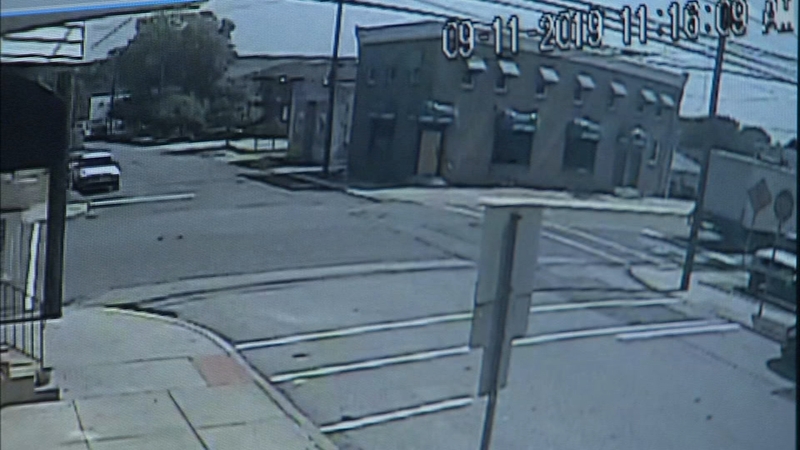 Search on for gunmen after drive-by shooting in Tinicum Township

TINICUM TOWNSHIP, Pennsylvania (WPVI) -- It's not very often - in fact, it's rare - that someone passing through the streets of Tinicum Township, Pennsylvania gets caught in the crossfire of a drive-by shooting.

But police say that's what happened on Wednesday.

The victims were looking to make a delivery somewhere up the road, but they found something else.

"We don't need that in this little neighborhood," said neighbor Scott Childs, reacting to the word of the drive-by shooting.

An outraged Jodie Reed said, "These people were stupid as I would say. These people carry guns and they shoot at anything."

Surveillance video captured a white car, apparently being driven by the target, pull to the intersection of 4th Avenue at Powhatan about 12:30 p.m. It was closely being followed by the gunman in a blue car.

The white car then proceeds to back up with the blue car on its tail. Seconds later, shots rang out from the blue car.

Moments later, a white box truck passes through with two men on their way to make a delivery when the passenger yells, "Hey, I think we were just shot."

The driver who was completely oblivious pulls over and sure enough, there were two bullets in the driver's side door of the truck. But luckily the driver was not hit.

As far as police know, no one was hit even though as many as 12 shots may have been fired. Reed, an Army veteran, says the shooter apparently was a bad shot.

"With that type of gunfire, if you know how to shoot a gun, you're gonna hit something, somebody. And I was right here and they miss me and I'm like a pretty big target," she said.

Residents are just glad it didn't happen a few hours later when kids are being dropped off school buses at that very intersection.

Police don't know what the shooting was about. The person being shot at never called 911, so they don't even know who the target was.