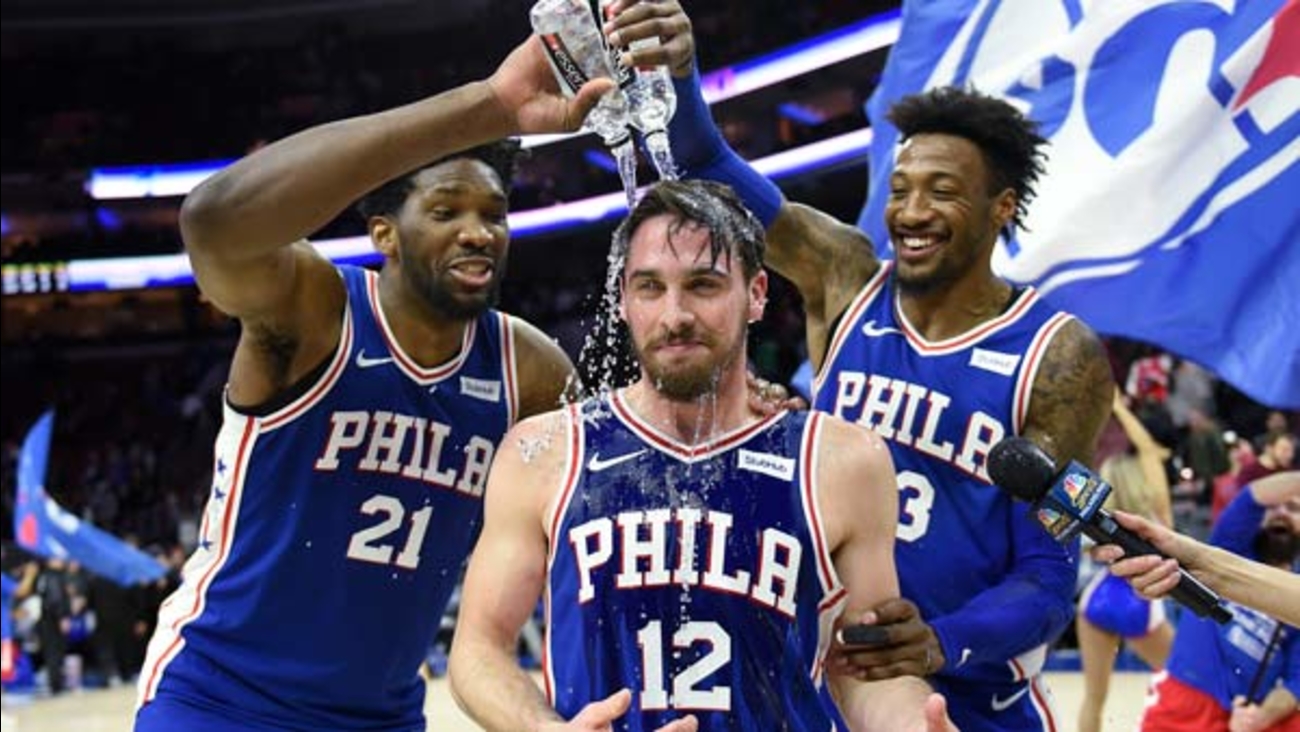 Philadelphia 76ers' T.J. McConnell (12) is doused with water by Robert Covington and Joel Embiid at the end of an NBA basketball game against the New York Knicks, Feb 12, 2018. (AP Photo/Michael Perez)

76ers guard T.J. McConnell made franchise history on Monday when he became the first Sixer to record a triple-double off the bench.

"It was amazing. I'm happy for him and I'm glad that he did it. If we want to go where we want to, he'll be one of those reasons," 76ers center Joel Embiid said of McConnell, who also had a career-high six steals against the Knicks. "He comes in and plays with great energy; he hypes the crowd up. Defensively, he was great, and he moves the ball well." 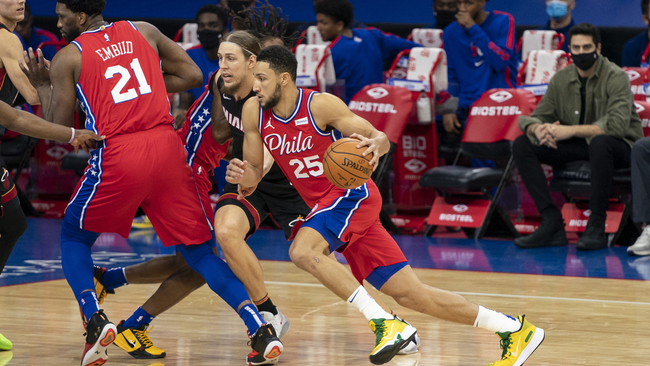 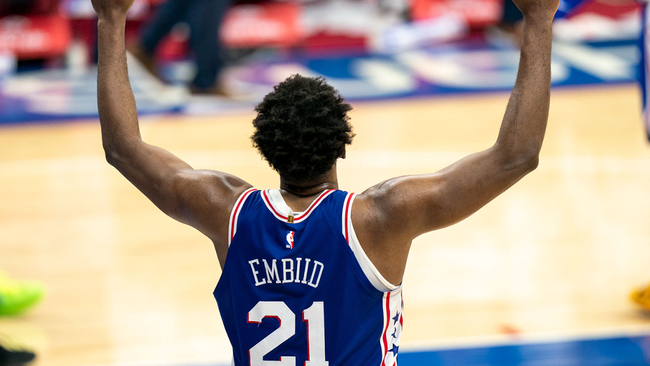 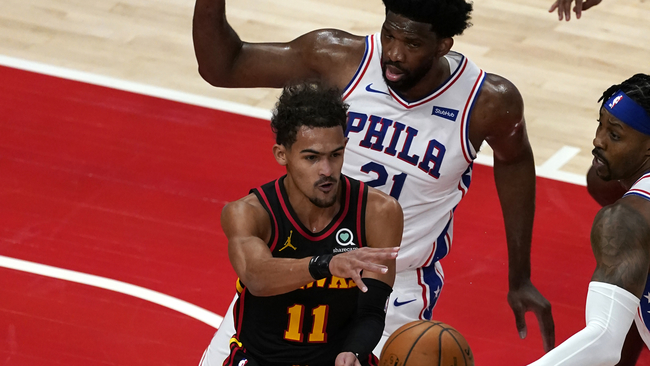