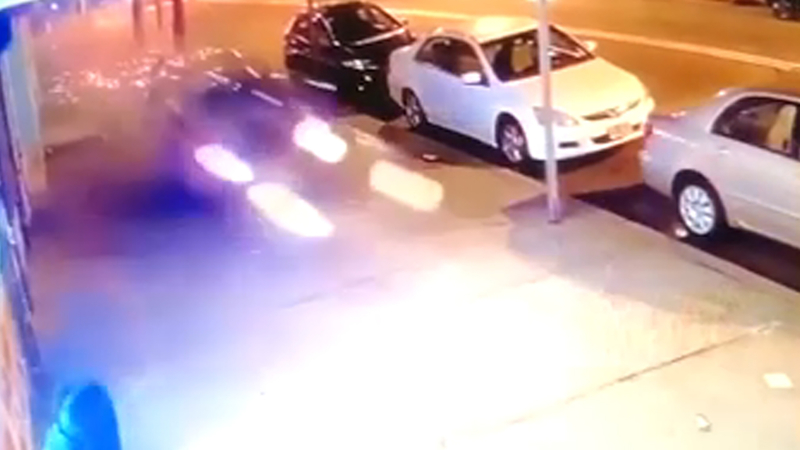 Alleged drunk driver goes out of control and onto NJ sidewalk

JERSEY CITY, N.J. -- Newly released video shows an alleged drunk driver going out of control and onto a sidewalk in New Jersey, narrowly missing a man.

The incident happened the night of Feb. 9 in Jersey City.

In the video obtained by WABC-TV, a Ford Taurus is seen veering off Ocean Avenue.

The car then jumps onto the sidewalk and almost hits a man.

It then mows down a light pole and goes across a street into a heap of destruction.

After the crash there was confusion and disbelief.

"It was like a war zone," said Mumford. "Everything was knocked over."

Police identify the driver as 47-year-old John Wilson. They say he was driving drunk when he lost control of the car.