Bus catches fire, fully engulfed in flames on I-78 in Union, New Jersey 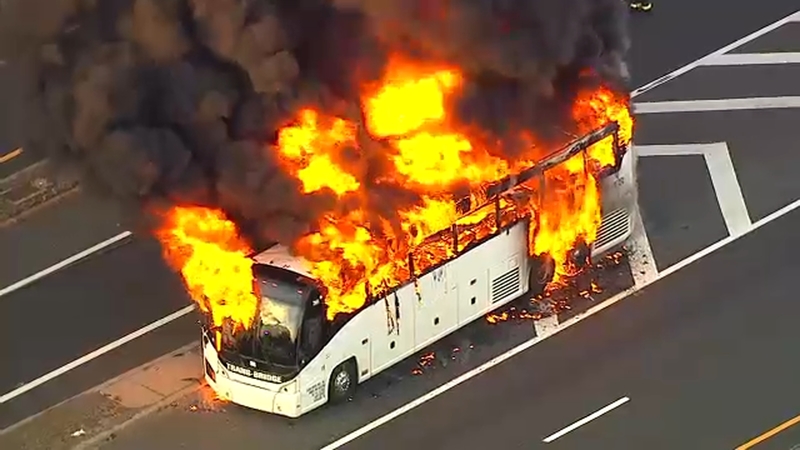 UNION, New Jersey -- A bus caught fire on a highway in North Jersey on Thursday morning.

It happened just before 7 a.m. in the eastbound express lanes of I-78 in Union Township, Union County.

Our sister station WABC's chopper was over the fiery scene.

No injuries have been reported. Approximately 13 passengers were seen waiting in the median for another bus to pick them up.

The bus is operated by Trans Bridge Lines.