Southbound lanes of I-495 bridge in Wilmington reopens 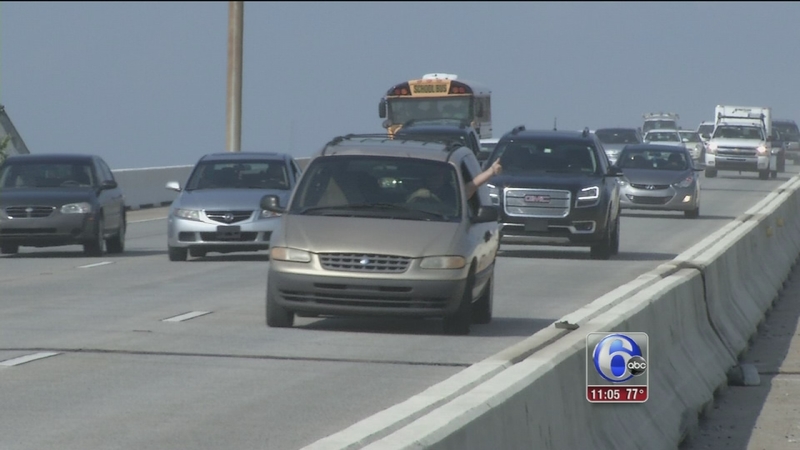 WILMINGTON, Del. (WPVI) -- The southbound lanes of the Interstate 495 bridge in Wilmington was reopened to traffic at 5pm today - one month ahead of schedule.

Officials with the Delaware Department of Transportation explain that they have completed the jacking process of southbound I-495 and it passed the load test.

Delaware Secretary of Transportation Shailen Bhatt says the northbound lanes could reopen in as early as two weeks and no later than Labor Day on September 1st.

Work on the new underground support columns moved more rapidly than anticipated, and DelDOT says the process to jack the bridge into alignment took approximately three days to complete.

Had there been problems, officials say those projects could have taken substantially longer to complete.

"A lot of hard work remains to fully reopen the highway, but this is an important milestone in the project," said Governor Markell in a statement released Thursday. "I thank Secretary Bhatt, the entire project team at DelDOT and all of the workers who continue to work around the clock to safely complete repairs as quickly as possible. I'm also grateful to Senators Carper and Coons and Congressman Carney for helping to secure the federal funding for this bridge, which is a vital economic link for travel in Delaware and along the northeast corridor."

President Barack Obama traveled to Delaware earlier this month, visiting the site of the closed bridge as part of a transportation funding push.

I-495 has been closed to traffic since June 2 when the highway was shut down due to unsafe bridge conditions.

Federal highway officials determined that a large dirt pile dumped near the bridge was to blame for damage to several supporting columns and the emergency closure of the heavily traveled span.

In a letter formally approving emergency relief funds to repair the I-495 bridge over the Christina River in Wilmington, the Federal Highway Administration also said the bridge's design and construction met applicable standards, and that it appears the bridge has been properly maintained and inspected.

While the re-opened section of the bridge has been deemed safe, officials say they may have to re-close the southbound lanes in the next few weeks for minor tweaks. If necessary the hope is to work on the weekends or during the overnight hours.
Related topics:
traffictrafficdel. news
Copyright © 2021 WPVI-TV. All Rights Reserved.
More Videos
From CNN Newsource affiliates
TOP STORIES