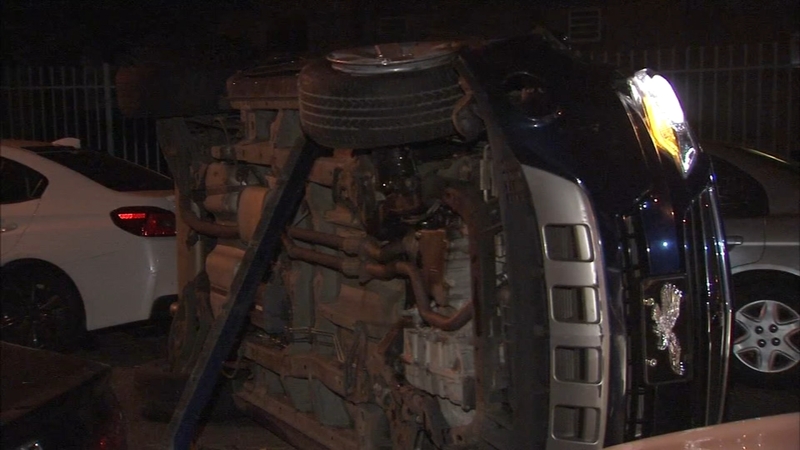 SOUTH PHILADELPHIA (WPVI) -- A driver was taken to the hospital after crashing into several parked cars in South Philadelphia.

It happened around 2:45 a.m. Monday on South 17th Street at Fitzwater.

The driver became trapped inside after the vehicle landed on its side.

Crews broke the windshield to reach the driver. He was rushed to the hospital in stable condition.

Police say speed may have played a factor.