Tractor-trailer lands on house lawn after crash in Newark, Del. 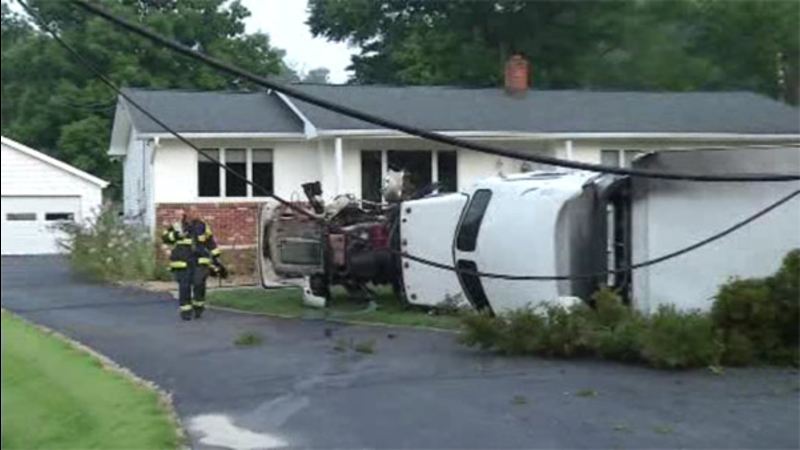 VIDEO: 2 hurt after tractor-trailer collides with car in Newark, Del.

NEWARK, Del. (WPVI) -- It was a scary morning for some people in Newark, Delaware, after a bad collision left a tractor-trailer just feet from their front door.

The crash happened around 5 a.m. Saturday on the 1600 block of South College Drive near Old Baltimore Pike.

Police say the collision involved a sedan and a tractor-trailer.

The impact of the crash flipped the truck onto its side, causing the diesel tanks to rupture.

The truck also struck a utility police that brought down wires, and left nearby residents without power.

Police say the 76-year-old driver in the sedan was treated at the scene by medics for chest pains.

He was later taken to Christiana Hospital for evaluation. He is in serious, but stable condition.

The 51-year-old truck driver was also taken to Christiana. He is in stable condition.