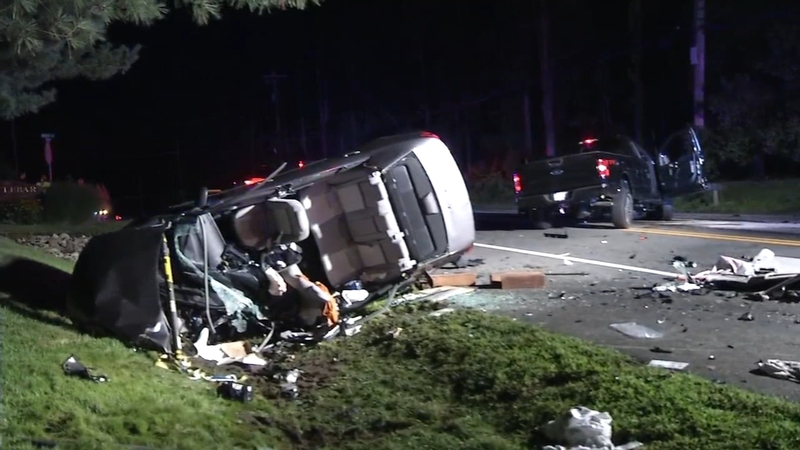 NEWARK, Del. (WPVI) -- A man from India has been identified as the victim of a fatal crash over the weekend in Newark, Delaware.

According to investigators, the 39-year-old driver of a Ford pickup truck tried to pass a vehicle in a no-passing zone.

He then hit a Toyota Camry head-on in the opposite lane. The Toyota then flipped over into a ditch, trapping Chanappa and two other people.

Both Chanappa and the woman were riding in the back seat. Neither were wearing seatbelts, police say.

The driver of the pickup truck was taken to the hospital with non-life-threatening injuries.

Police say alcohol may have been a contributing factor in this crash. So far, no charges have been filed.