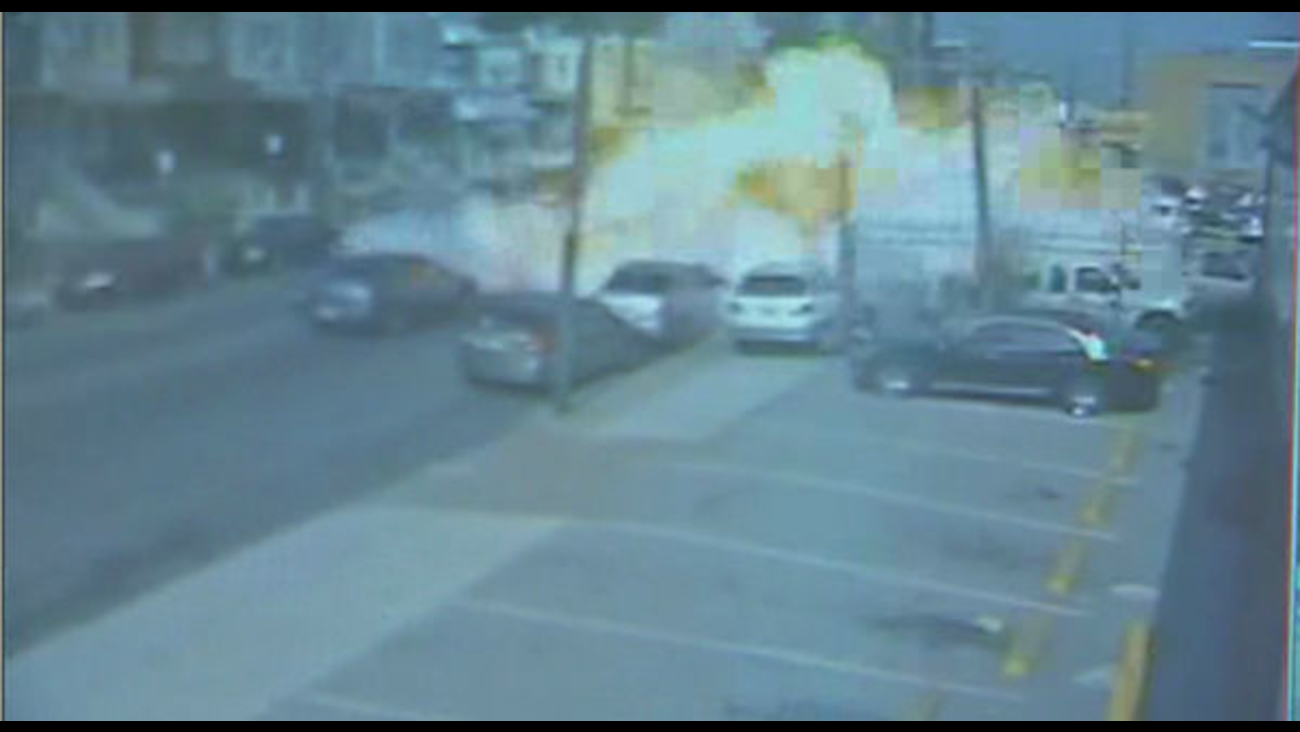 Surveillance video shows the explosion of a food truck in the Feltonville section of Philadelphia on Tuesday, July 1, 2014.

PHILADELPHIA (WPVI) -- Almost four years after a Philadelphia food truck exploded into a fireball killing a woman and her teenage daughter, a U-Haul subsidiary and the general manager of one of its Philadelphia stores have been indicted.

The U.S. Attorney's office for the Eastern District of Pennsylvania announced the charges of violating federal hazardous materials regulations against the U-Haul Company of Pennsylvania and Miguel Rivera this week. A lawyer for the company declined to comment Wednesday. A lawyer for Rivera says he has consistently maintained his innocence.

Investigators say food truck owner, Olga Galdamez, took her propane tanks to U-Haul where they were filled despite being old and damaged. Galdamez and her 17-year-old daughter, Jaylin, died from burn-related injuries days after the July 2014 blast likely caused by a leak in one of those tanks.
------