Parking authority threatens to shut down Uber service in Philadelphia 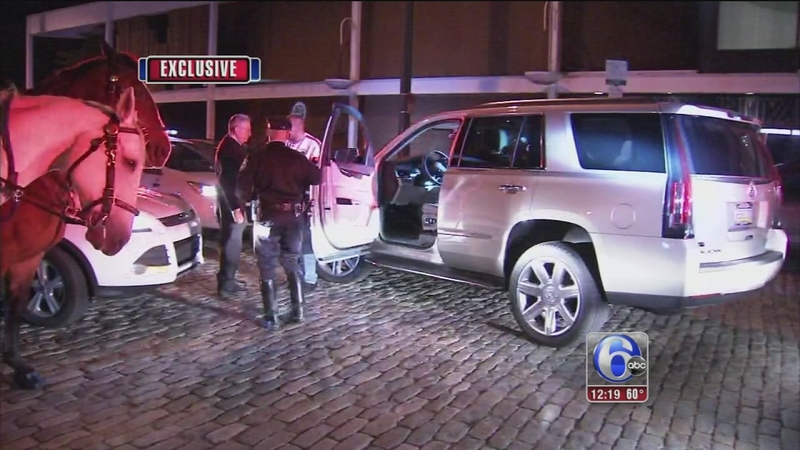 VIDEO: PPA threatens to shut down Uber service in Philly

PHILADELPHIA (WPVI) -- Uber, the popular car service, launched what it calls UberX this weekend in Philadelphia but this less expensive alternative has the Philadelphia Parking Authority threatening hefty fines and big penalties.

Only Action News was on scene as an UberX driver was busted by the Philadelphia Parking Authority.

Lee Rudakewich's car was impounded and he received a $1,000 fine.

"They are an illegal service provider. They're not licensed in the state of Pennsylvania or the county of Philadelphia. We are going to enforce the laws that are here," said Vince Fennerty, Philadelphia Parking Authority.

Uber and the PPA have been at war for months.

Uber calls itself a ridesharing revolution operated on a mobile platform.

Rudakewich is an out of work journalist. He was doing this to make money.

"They said 'We're launching today, if you would like to come in and start working today, you can," and that's what I did. I started this afternoon," said Rudakewich.

However the PPA says Uber X drivers are not thoroughly screened nor are the vehicles inspected and the insurance that drivers have is unclear.

"We consider this dangerous to anyone who would take these rides because nobody has been licensed by any type of agency to operate this type of service," said Fennerty.

UberX tried unsuccessfully to change the laws to allow it here.

JJ Balanan is fan of Uber-X and tried to use the service on Saturday night but there's been too much demand.

"Uber has worked in other cities and I think it's just a taxi monopoly trying to exert it's power," he said.

"This is an abuse of power and a deliberate attempt to protect the status quo that has failed Philadelphians for too long. With $1M insurance policy and the most stringent background checks, Uber is the safest ride on the road"
Related topics:
philly newsuber
Copyright © 2021 WPVI-TV. All Rights Reserved.
TOP STORIES
Arrest made in murder of Temple University student
KOP man accused of beating officer with flag during Capitol riot
Off-duty Philly officer shot during altercation with another vehicle
MLB owners lock out players, 1st work stoppage since 1995
AccuWeather: Tracking above normal temps
Penn Medicine researchers working to detect omicron variant
A really bad Eagles loss has us rethinking everything
Show More
2 arrested in connection with murder of teen at bus stop
Man wrongfully accused of 6 murders files federal lawsuit
Woman beaten on train in latest SEPTA violence
2 people found dead inside South Jersey home
$20K worth of items stolen from Ulta Beauty store in 40 seconds
More TOP STORIES News