"They left everything. They came literally with pants and shirt and jackets," said the couple's son-in-law, Yeugeniy Pakkel.
WPVI
By Dann Cuellar 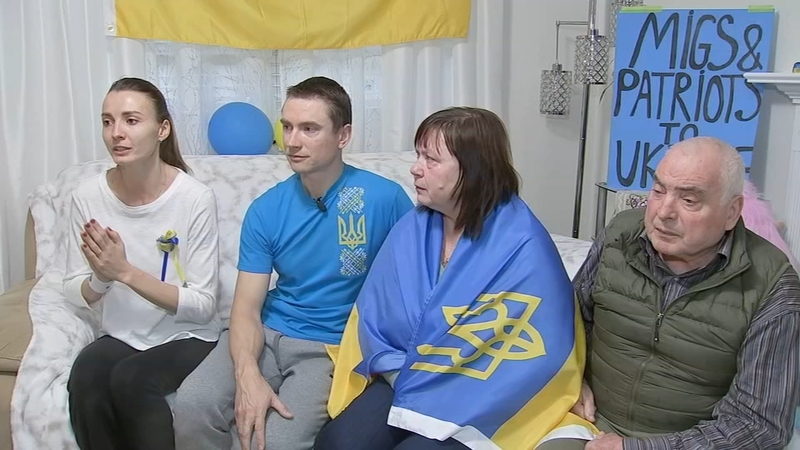 PHILADELPHIA (WPVI) -- As hundreds of thousands of refugees pour out of Ukraine, some are making it to the Delaware Valley for safety and a new life.

Anatoli Boreiko, 64, and his wife, 59-year-old Natalia, were among those taking refuge.

They are now staying with their daughter and son-in-law in Hainesport, New Jersey.

"They left everything. They came literally with pants and shirt and jackets," said their son-in-law, Yeugeniy Pakkel.

On Wednesday night, the couple spoke about living in the basement for three weeks in their homeland.

"Almost within every hour there are bombs flying from one end to the other," said Anatoli Boreiko in Ukrainian as his son-in-law interpreted.

"Underground with no heat, like not enough food, no good water," added Natalia Boreiko. 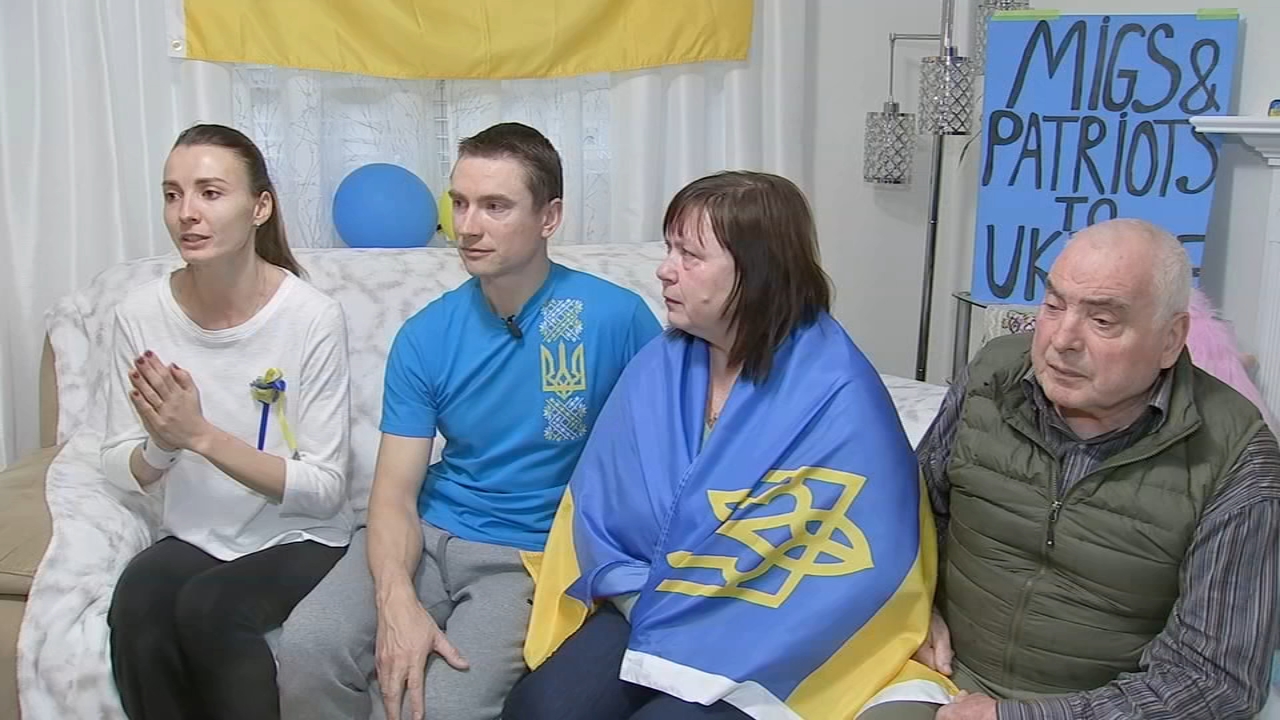 The couple's daughter, Luda Boreiko, said she was very desperate to get her parents to the United States.

"Every day I say thank you God that they came here and I can take care of them because I could not sleep every night," she said.

With other relatives still in Ukraine, they're hoping President Joe Biden and NATO send lots of help.

"We want freedom. We want to be able to say whatever we want to say, and that's what we have in Ukraine. But that's obviously gonna be taken away from us if he wins, which is not going to happen," said Pakkel.

Biden headed to Europe Wednesday as he tries to keep NATO allies and other European partners united against Russian President Vladimir Putin and his invasion of Ukraine.

With fighting lasting nearly a month -- and Ukrainian forces unexpectedly holding Russia to a standoff -- Biden and other world leaders will seek to speed an end to the conflict.

"Putin must be stopped. It's not a matter of days, not hours, but it's a matter of minutes because you know and everybody in the world knows that innocent people are dying," said Mazur.

Mazur says she knows there are people in her homeland desperate to flee, but she's also proud of the many people, especially the high numbers of women, who are actually fighting back by defending their land and their sovereignty.