Police believe the same suspects have targeted other Ulta locations in the area.
WPVI
By 6abc Digital Staff and Jaclyn Lee 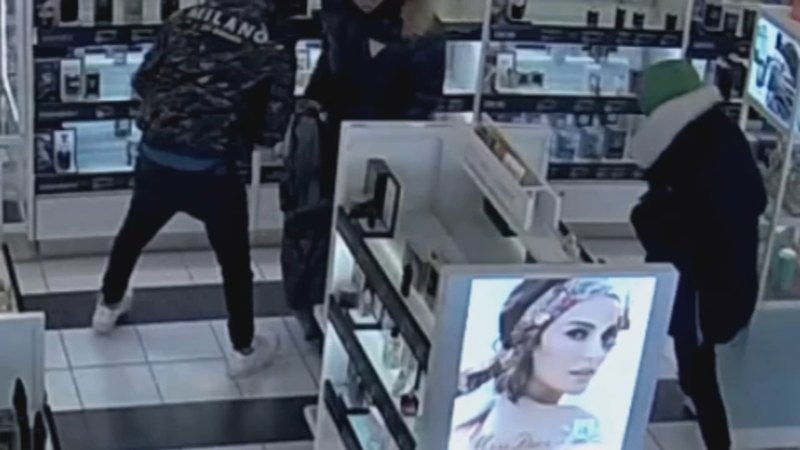 PLYMOUTH MEETING, Pennsylvania (WPVI) -- Police in Montgomery County are looking for a group of thieves who stole more than $2,000 worth of products from an Ulta Beauty store.

On Friday, investigators released video of the moment they filled a trash bag with perfumes and other items back on January 12. Police said it happened at the store on the 2500 block of Chemical Road in Plymouth Meeting.

Police believe the same suspects have targeted other Ulta locations along the I-95 corridor in Delaware, New York, and Connecticut.

"I think Ulta has some higher-end fragrances that they can get a decent amount of money for resale," said Lieutenant Douglas Copestick of Plymouth Township Police.

In January, an Ulta Beauty store in Lower Macungie Township was also targeted.

The same Ulta Beauty store was also targeted by criminals with trash bags back on November 29, 2021.

In both instances, the suspects drove off in a Toyota Highlander.

"It's sad to me," said Joshua Zolten of Mount Airy. "I know there are people that are like, in need of stuff right now because of what's going on in society."

On February 1, officers were sitting outside of Ulta when three people went into Off Saks Fifth Avenue, which is right across the parking lot from Ulta. The suspects stole more than 2400 dollars worth of purses. While escaping, police say one of the suspects pushed an employee who tried to stop them.

"I think it's appalling, and it's frightening, and it makes me want to stay home and not shop or go out anywhere," said Nancy Siegel of Lansdale.

Anyone with information about the crime or the suspects is asked to contact police.