The stoppage of the extra unemployment benefit comes as the Supreme Court blocked the CDC's effort to extend eviction moratoriums.
WPVI
By Maggie Kent 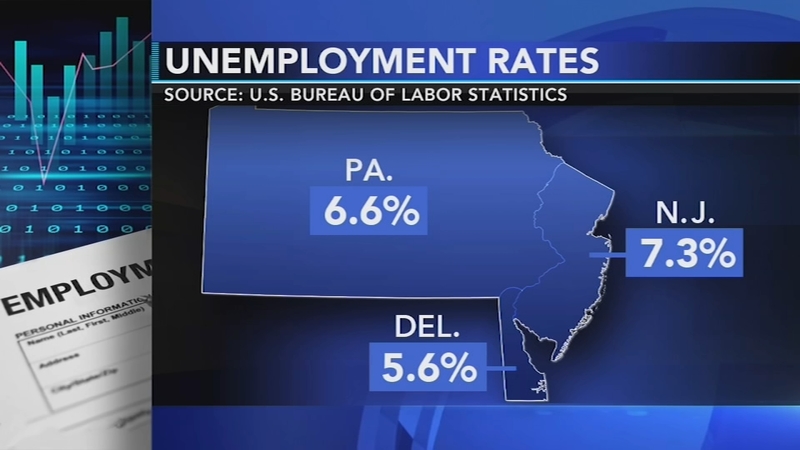 "The way the politics are playing out right now, I think it will be hard for that $1,200 a month to be reinstated when there's been so much of an outcry for workers that are needed in various industries," says Patrick Clancy, who is the president and CEO of Philadelphia Works, a nonprofit that helps connect people with jobs and training.

"We're hoping as the (delta) variant hopefully slows down, and schools reopen and daycares reopen in a safe environment, that we'll see that number go down," says Clancy.

The stoppage of the extra unemployment benefit comes as the Supreme Court blocked the CDC's effort to extend eviction moratoriums.

There are plenty of "help wanted" signs posted.

At the American Federation of Labor, Congress of Industrial Organizations Labor Day parade, we caught up with Pat Eiding, the president of AFL-CIO's Philadelphia chapter.

"There's a misconception that a lot of people are sitting on unemployment because they want to be there. There's a lot of businesses that haven't come back yet," said Eiding.

Phil Effinger works for IATSE known as the "Union Behind Entertainment."

WATCH: What to know about the child tax credit
EMBED More News Videos

The White House sought Monday to raise awareness of the federal government's new expanded child tax credit. Here's everything you should know before the payments start going out.

"Made in America put most of us to work for the week, but after this, what's next? A lot of theaters aren't back up and running, other employers aren't back up and running," said Effinger. "A lot of indoor venues, we don't know. A lot of producers and companies don't feel comfortable packing a crowd full capacity inside. And with Delta, we don't know what's going to happen."