Jim Hunt of Havertown was found shot in the head inside his minivan.
WPVI
By Alyana Gomez 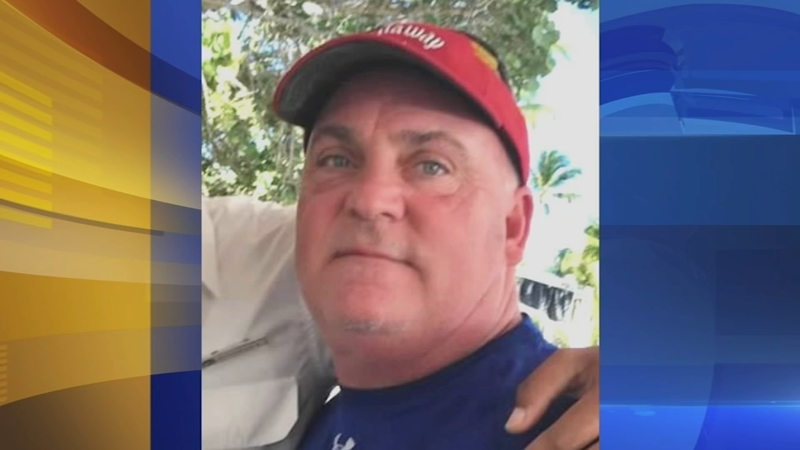 UPPER DARBY, Pennsylvania (WPVI) -- Loved ones are remembering the life of 56-year-old Jim Hunt, a hardworking father of four from Delaware County who was fatally shot last week.

Hunt, of Havertown, was found shot in the head inside his minivan. The father of four was taken to the hospital where he was pronounced dead.

"He was really involved with kids and youth sports. The kids loved him. He was very passionate and took kids under his wing," said lifelong friend Joe Rufo of Broomall.

Rufo said the two had been friends for 50 years.

"He's going to be greatly missed by us, his friends and of course his family," said Rufo.

Hunt was driving to work Friday morning when he was shot in the head while sitting at a red light at the corner of Lansdowne Avenue and Winding Way in Drexel Hill, near Monsignor Bonner & Archbishop Prendergast Catholic High School.

Police said 28-year-old Lloyd Amarsingh, of Darby, turned himself in to police and is calling the shooting an accident.

Amarsingh told police he was unloading his firearm in his car while listening to loud music as he was celebrating receiving unemployment money and the gun misfired.

He told police he was reclined in the driver's seat, had a gun in his right hand and used his left hand to remove the magazine.

According to police, Amarsingh said after he removed the magazine, he pulled the weapon's slide back to eject the unfired round and the gun went off.

He told investigators he then drove through the red light and away from the scene, according to police.

Amarsingh told police it was his vehicle in the still images next to the victim's minivan.

Officers searched the suspect's home and found a 10mm Rock Island pistol which Amarsingh said was the gun he fired in his car, police said.

The Audi was found in the alley behind his home. Police said there was a bullet hole in the rear passenger window and the car was then impounded.

"Too many guns are in the hands of people who shouldn't have them. Whatever happened in that car, what the defendant was doing with that gun, he was not making it safe, that's obvious. He was not safely handling that firearm. He killed somebody," said Delaware County District Attorney Jack Stollsteimer.

Friends of the victim say the suspect's story doesn't add up and they just want the truth.

"Jim is not a confrontational guy. He's not the kind of guy that will start a fight because someone cut him off. So, I guess we'll find out once the police get all their witnesses," said Rufo.