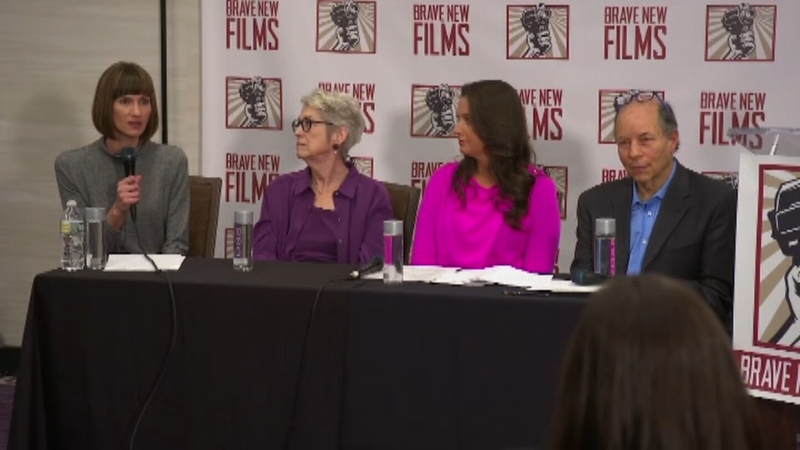 The White House called the claims false and "totally disputed in most cases." It said "the timing and absurdity of these false claims speak volumes."

One of the accusers, Rachel Crooks, called the White House statement "laughable."

Crooks said of sexual misconduct: "I think politicians seem to be immune to this."

Holvey described the pain the women felt after Trump's victory. "We are private citizens and for us to put ourselves out there, to try to show America who this man is, and especially how he views women, for them to say, 'Meh, we don't care,' it hurt."

The women, who first shared their stories before the November 2016 election, were holding a press conference later Monday to call for a congressional investigation into Trump's alleged behavior. They cited the recent revelations of sexual misconduct by prominent men in business, media, and politics, for their decision to speak out publicly against Trump once again.