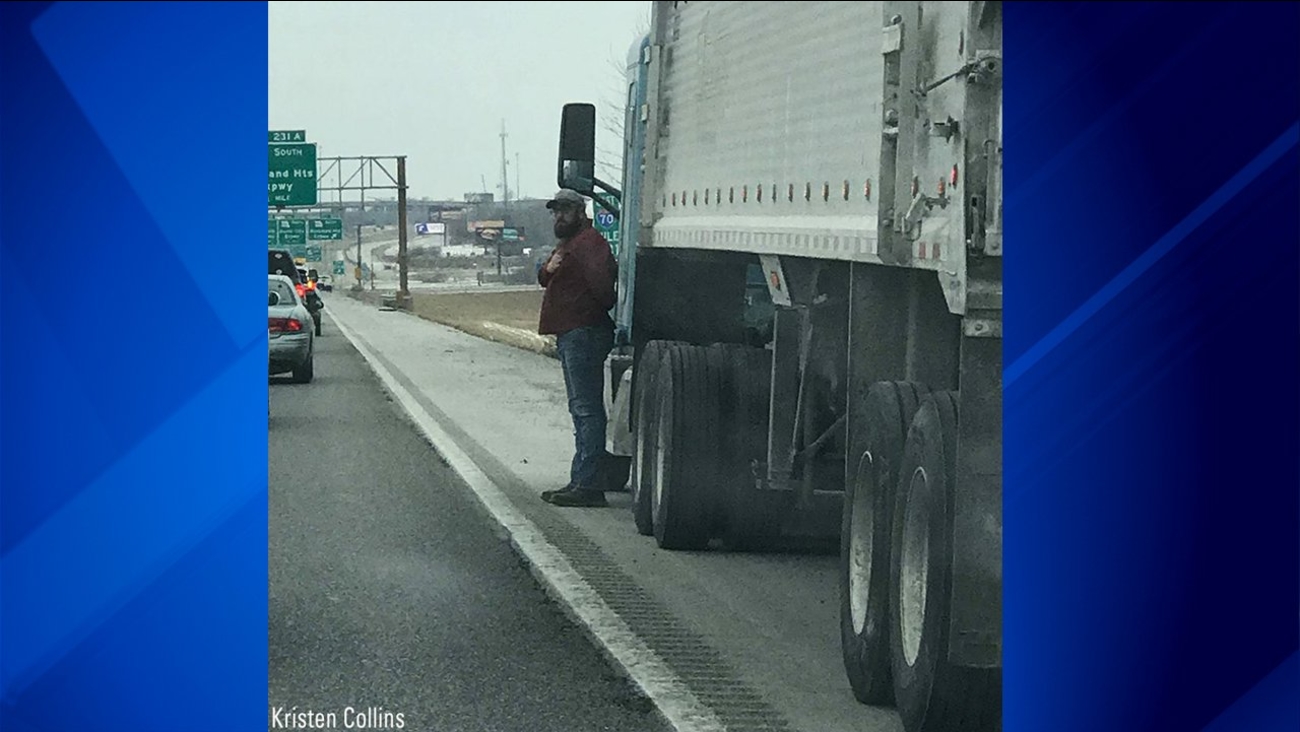 ST . LOUIS (WPVI) -- A truck driver in Missouri stopped on a highway shoulder to pay respects during a funeral procession for a fellow veteran.

WLS-TV reports, on Friday, Bradley Faulkner, a truck driver and U.S. Army veteran, pulled his rig over on Highway 70 outside St. Louis, exited his cab and placed his hand over his heart.

The procession for Fred Ladage was headed to Jefferson Barracks National Cemetery in St. Louis.

Ladage's grandaughter, Kristen Collins, posted a photo of Faulkner with his hand on his chest on her Facebook page on Friday.

She wanted to find the man and thank him.

In the post, Collins said: "While in the funeral procession today to Jefferson barracks to lay my grandfather to rest a man driving a truck pulled off and made honor as we all proceeded. Thank you for showing such great honor - I found and got to personally thank this man!!"

Within 30 minutes, Collins discovered that she and Faulkner's wife shared a mutual friend and, later that night, she thanked him personally for his tribute.

Faulkner, who served nine years in the Army and did a stint in Iraq, said he noticed the Patriot Guard Riders and saluted the hearse as it passed.
However, Faulkner said he would have paid his respects during any funeral procession. It's just something he learned while growing up in the South.

"Being a veteran didn't change anything about the situation," said Faulkner, who left the Army in February. "If I had known it was a funeral for anybody, I would have stopped and done that. ... I'm born and raised in Tennessee. Down there that's just what they do. Anytime you see a funeral coming down the road, you stop your vehicle."

He hopes that for just a moment, when the mourning family sees him standing there, it can give them a split second of comfort.

"You never know someone's situation," he said. "It doesn't hurt you to try to do what positive things you can."