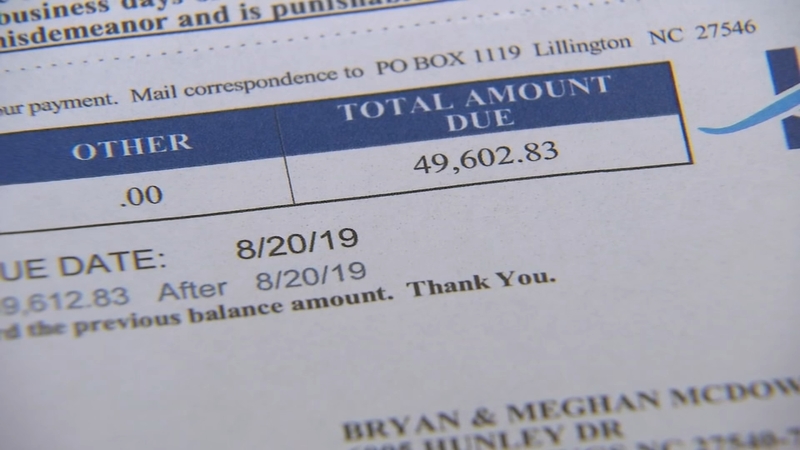 As the McDowell family was checking their mail, they opened their Harnett Regional Water bill to learn they owe more than $49,000.

They couldn't believe it.

"It's so outrageous," said Bryan McDowell. "You're like this can't be right. For a moment you think, 'did I have a leak? Did I leave something on?' Then you look at it and your realize how much water 9 million gallons is. Then I look at how much we've used on high months and it doesn't even seem possible."

Previous bills show they normally pay between $40 and $70.

The McDowells say there's no way they could have used that amount.
Many neighbors who use Harnett Regional Water have been receiving high bills lately.

The utility company says the controversial bills are due to a personnel matter that has been addressed.

The company says some customers' water usage was under-reported for months and that customers were using more than what they were being charged.

A new release on the company's website says: "We want to assure customers that they are not being charged for water they did not use as these bills reflect accurate water usage."

For now, the company expects those customers to pay.
McDowell said they won't be paying. Instead he called Harnett Regional Water first thing Monday morning.