The water pellet guns can cause injury and property damage and are illegal within the city limits.
WPVI
By Gray Hall and 6abc Digital Staff 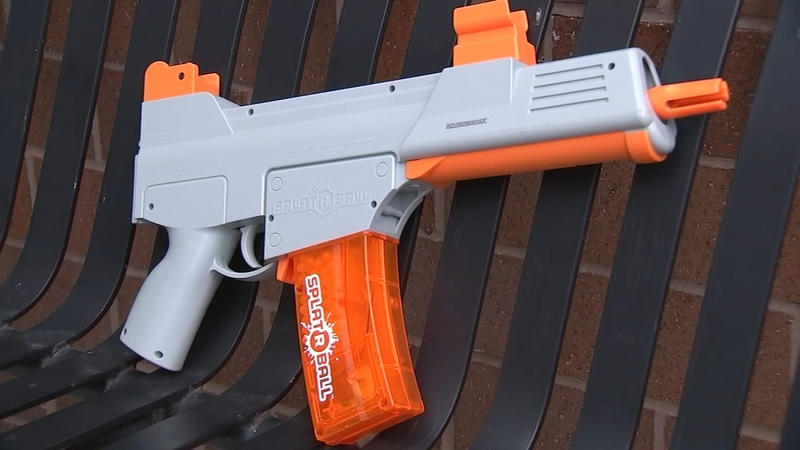 COATESVILLE, Pennsylvania (WPVI) -- There is growing concern over the use of water pellet guns in Chester County.

Coatesville police say they've gotten reports recently of people using the water guns not how they were intended to be utilized.

The water pellet guns can cause injury, property damage, and are illegal within the city limits.

"It is a city ordinance that you are not allowed to have a pellet-style gun in the city," said Corporal Paul Antonucci with the Coatsville Police Department.

Officers say there's been an uptick of complaints about kids and adults playing shooting games with the toys.

Police recovered one and showed Action News the small pellets that are being fired from the toy guns.

The department posted a reminder, along with the city's ordinance on Facebook, alerting the community that no one should be using the pellet guns because they are banned.

"You would have thought it was a real gun the way it hit you," said Anesia Boggs.

Boggs says she got hit with one of the pellets.

Boggs and others in Coatsville say the pellets are dangerous and are thankful police are cracking down.

They are urging parents not to buy the toy guns.

"If you see one, just take it away because it is not worth getting in trouble over a pellet gun and hurting somebody," said Boggs.

Coatsville resident Ron Suber said, "Innocent people got hit and my biggest concern is that I don't want anyone to lose their eyesight and their vision."

Police say while they have received plenty of complaints, others in the community don't see toy guns as a big problem.

"It's hot out. I get it. I like to use water guns too, but the problem is going to be, if it is actually going to go past the physical spraying of water, where it can damage or hurt people, then I think we need to draw the line somewhere," said Antonucci.

Police are advising parents to take the toys from their kids and dispose of them.