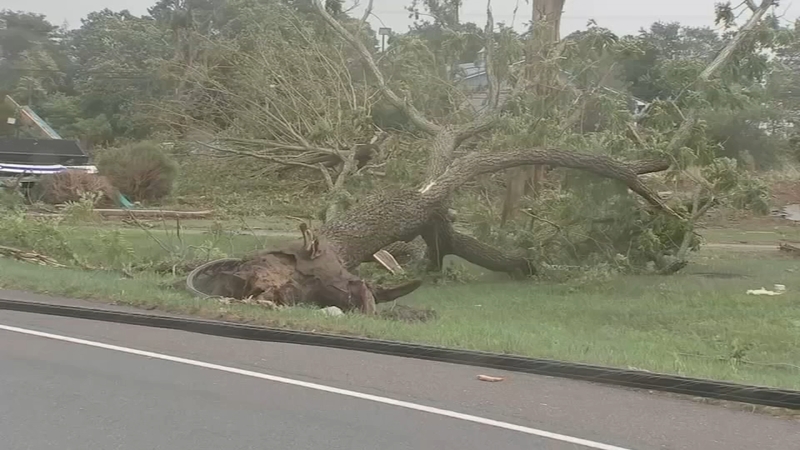 Thousands still without power in NJ after Tropical Storm Isaias

CAMDEN, New Jersey (WPVI) -- Tropical Storm Isaias packed a punch throughout New Jersey, officially making it one of the top five worst storms PSEG has encountered in its history.

"(It was) our most severe storm since Superstorm Sandy back in 2012," said PSEG Senior Vice President and Chief Operating Officer Kim Hanemann.

About 575,000 customers across New Jersey were out of power during the peak of the storm.

Monica Wade, of Willingboro, said the power outages created complications for her and her family.

"You have no air conditioning and with having a senior citizen father that's sick, you can't stay in the house and you can't cook for him," said Wade.

As of Friday, 50,000 customers were still without power and some might not see it restored until Monday .

"The challenge with this restoration has been the trees down, the damage and the replacement of that outside plant the poles and wires and the bodies to do that," said Hanemann. "It takes time."

Hanemann said they have crews from Canada, Missouri and Texas assisting with restoration efforts. But some customers who have been without power and air conditioning since Tuesday said they need additional help.

"I lost all of my stuff in the refrigerator and the freezer. I tried putting ice in there but that only works so long," said Roger Sanford, of Willingboro.

A spokesperson with Atlantic City Electric said crews are working to have 99% of customers back online by the end of Friday. As of 9 a.m. Friday, 4,800 customers are still impacted by Isaias and without power.