Police say the 76-year-old female victim was approached by two women, one apparently displayed a black semi-automatic firearm inside a purse. The suspect allegedly told the victim not to scream or they would kill her family.

While sitting in the victim's car outside the store, the suspects discussed withdrawing thousands of dollars from the victim's bank account, according to police.

"They told the victim they knew where she lived and details about her husband and that they knew he was working in the backyard. They had knowledge of where several other family members lived and how many children they had. The information they provided was accurate," said police in a news release.

"They threatened to kill her husband and family if she alerted police or did not return to the car from the bank," police added.

Investigators say the suspect had the victim drive to her Wells Fargo Bank on Egypt Road in Lower Providence with a gun pressed into her ribs. There, the victim withdrew $1,500 from her account. The victim was later robbed of her money, jewelry and cash after being forced to drive to a Home Depot in West Norriton Township.

Police say they are looking for two women pictured below. It's unclear if the victim knew the suspects. 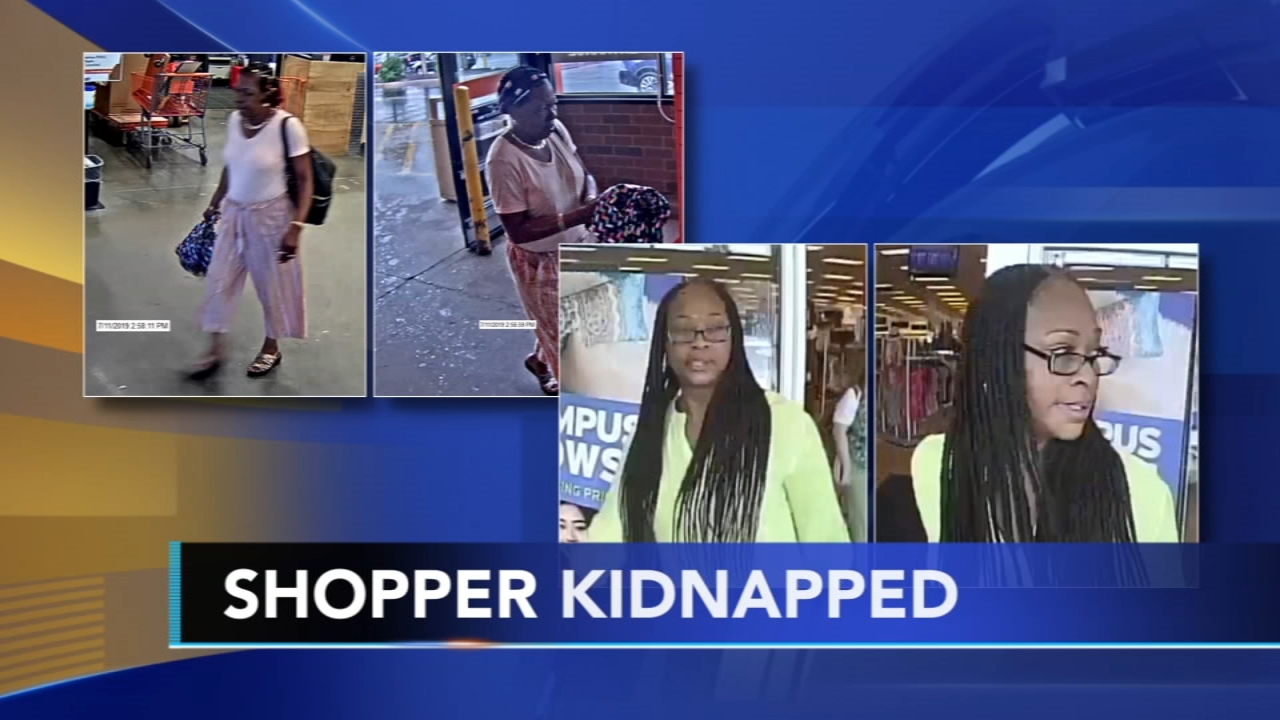 West Norriton Township police are searching for two robbery suspects as reported during Action News at 11 on July 25, 2019.