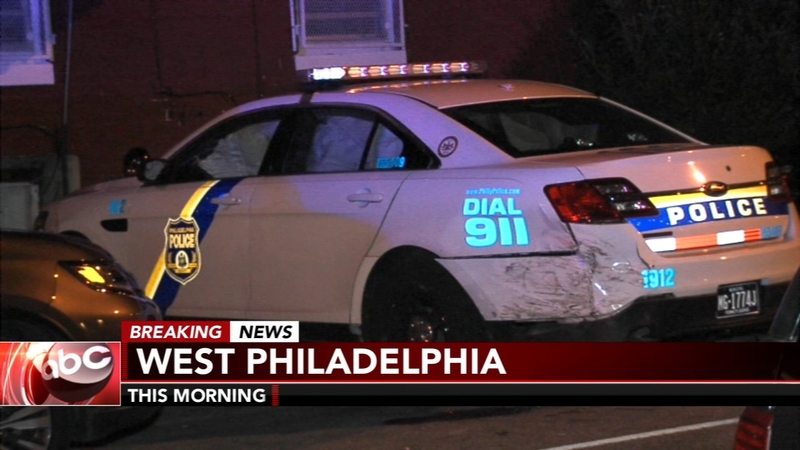 PHILADELPHIA (WPVI) -- Police took one driver into custody and are searching for another in separate incidents in West Philadelphia.

A man was apprehended after damaging four parked cars.

Police say it happened as the man was parking his car on the 100 block of North Yewdall Street around midnight Thursday.

Investigators say once police arrived, the man got into a confrontation with officers.

Police say they discovered a weapon in the front seat of the man's car.

A man was apprehended after damaging four parked cars.

Meanwhile, police are searching for the driver involved in a hit-and-run crash with an officer.

The patrol car came to rest just before 1 a.m. Thursday on the 5400 block of Arch Street.

Police found the striking vehicle a block away near North Conestoga Street.