Immediately after the Oscars, comedians sounded off about what this could mean for their safety moving forward.
WPVI
By Annie McCormick and 6abc Digital Staff 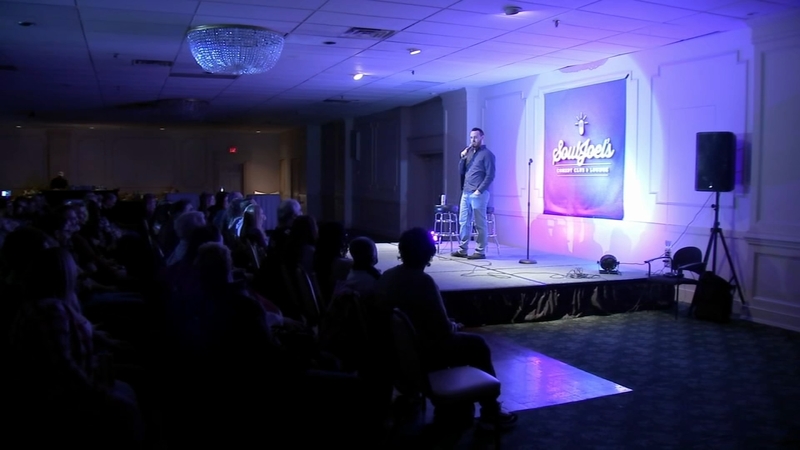 Local comedians perform for the first time after Will Smith's "slap"

NORRISTOWN, Pennsylvania (WPVI) -- Many local comedians are hitting the stage for the first time this weekend since the infamous "slap" by Will Smith after Chris Rock's joke about Jada Pinkett Smith's hair during the Oscars. Pinkett Smith has been open about her struggles with hair loss.

Immediately after the Oscars, comedians like Kathy Griffin and Rainn Wilson sounded off about what this could mean for their safety moving forward.

Currently, he is hosting multiple comedians at rotating locations since he moved from his Royersford location.

For 15 years, he has worked as a comedy producer and talent manager for comics across the country.

"Whether you think Will Smith was defending his wife, there is a way that you handle it. You're sitting there in a dark place by yourself, you're not in a team, not with a band in a concert with security right there, for the most part, you're sitting there defenseless in the dark," said Richardson. "And now every comic has to watch their back because people think that's how you're going to handle it. Not only that, in most places, they're drinking, so inhibitions are down a bit. They just have that Will Smith moment where they think this is how they're going to handle it."

One of SoulJoel's comedians, Dan Callahan, opened a show Friday night at the Westover Country Club with a "G.I. Joe" joke, a nod to the joke by Chris Rock that sparked the slap by Will Smith.

Jada Pinkett Smith has been open about her struggles with hair loss.

"Give it up one time for every guy that's going to star in the next G.I. Joe movie...had to get that out of the way," joked Callahan.

In August of 2020, Richardson said one of his comedians was attacked on stage by a heckler.

"The guy grabbed the comic by the ankles and threw him off the stage, and before you know it, it turned into a brawl," he said.

Then just recently, someone in the audience during another SoulJoel comedian's set also became unruly.

"We had an incident two weeks ago. A comic did an off-color joke, and this lady started abruptly yelling at the comic, and he said, 'You know the best thing about a stand-up comic is you can give me feedback right away by laughing or not, and I will understand it's time to move on.' It's a perfect reaction. There doesn't have to be anything physical," said Richardson.