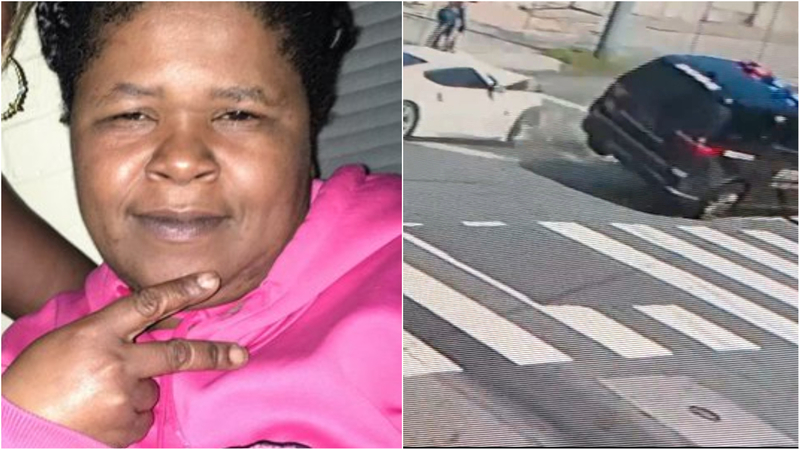 WILMINGTON, Delaware (WPVI) -- Police in Wilmington, Delaware are investigating a triple shooting that left one person dead. Two officers were also hurt in a crash while responding to the shooting scene.

It happened Tuesday just after 2 p.m. on the 1000 block of Pine Street.

First responders rushed two women, a 26-year-old and a 23-year-old, to the hospital where they are in stable condition.

#UPDATE: 37 y/o Lateshia Hill (right) was shot and killed today in Wilmington. Her friends and family say she had a heart of gold and that bullet “wasn’t meant for her”. They say she’d help anybody @6abc https://t.co/xd8vXCqinn pic.twitter.com/bIxKeX5A1R

A third victim, identified by family members as 37-year-old Latahesia Hill, was killed in the shooting.

Hill, known by close family and friends as "Tee Tee," was on her way to work when the gunfire erupted.

"She gave it her all. She would take her shirt off her back for anybody out here, she's really gonna be missed," said Robin Harc, a friend of the victim.

Authorities confirm there was a crash involving a marked police vehicle in Wilmington, Delaware.

Two police officers are also recovering after they were involved in a crash while responding to that shooting scene.

Exclusive video obtained by Action News shows the moment the police vehicle was flipped on its side after colliding with two vehicles at C and South Heald streets, about a mile away from the shooting.

The officers were taken to the hospital for evaluation. The driver of another car is in stable condition and the third car was unoccupied.

EXCLUSIVE: surveillance video shows the moment a Wilmington Police car collides with two other cars at C and South Heald streets. They were responding to the triple shooting on North Pine St. The officers taken to the hospital- conditions unknown @6abc https://t.co/j6GD9o2tDG pic.twitter.com/OMtn10XZfz

Police are still investigating what sparked the gunfire. No arrests have been made at this time.