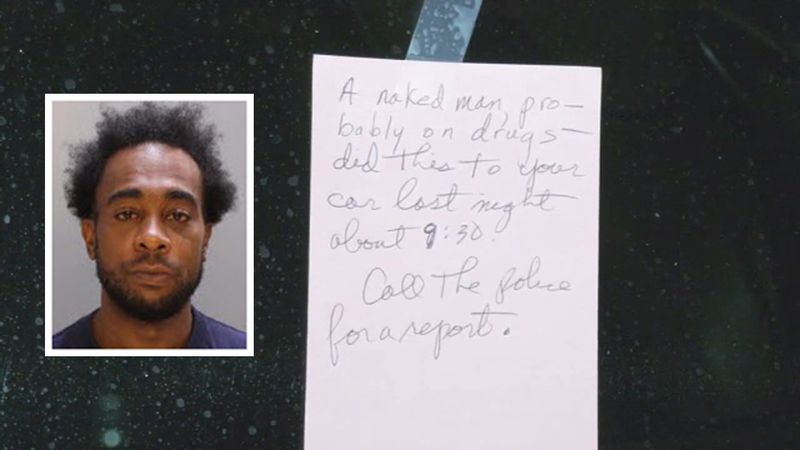 Police confirm the 43-year-old man was under the influence of narcotics.

Windshields were shattered and smashed, car windows were demolished, and side mirrors were knocked to the ground.

A witness who lives nearby left notes taped to cars.

"He was going around. He was crashing the cars, windows," according to Layla Hasanova of Northeast Philadelphia.

Hasanova was with her children and stayed back, as he smashed vehicles with his hands and elbows. She explained the man even stopped passing cars.

"He would stop them and bam (the cars), and he was screaming," Hasanova described. "When I saw him, I said 'we have to go back, stay back.'"

Officers responded to the scene and found the suspect.

The man was taken to Nazareth Hospital. He will be questioned following his treatment.

No officers were injured while apprehending the suspect.

On Tuesday morning, car owners were met with an unwelcome surprise.

"I don't know- I don't know what happened," the owner of a white BMW told Action News.