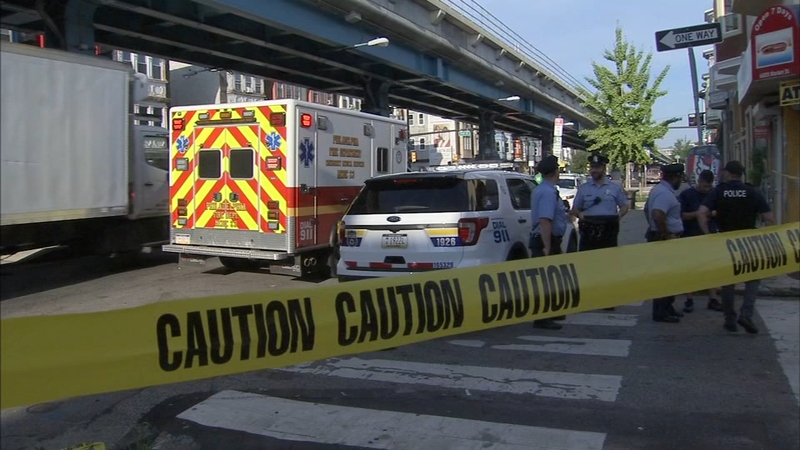 The first happened around 7 a.m. on the unit block of N. Millick Street, close to the 60th Street Station on the Market-Frankford Line.

Police say a 45-year-old woman was shot in the head and died.

BREAKING: 45yo woman shot in head on N. Millick St. near Market. This is close to 60th St Station for the Market-Frankford line. @6abc pic.twitter.com/tlBL8pMCtG

Police said they received a 911 call from a neighbor that alerted them to the incident.

According to investigators, there were a lot of people in the area due to the proximity of the train station.

As Crystal Tann walked to the corner of North Millick and Market Street this morning, she said she couldn't believe what she saw.

"She appeared to be suffering from a gunshot in her head or torso. We couldn't tell where she was shot," said Small.

Police say the woman was shot once. The shooter was nowhere to be found.

Police hope these cameras will lead them to the shooter.

"We do have some witnesses, so homicide will interview those witnesses very soon," said Small.

Police haven't confirmed a motive or any details on a suspect. But some of the witnesses said they heard an argument, before the fatal shot.