Murder charge after woman run over with car, beaten with shovel 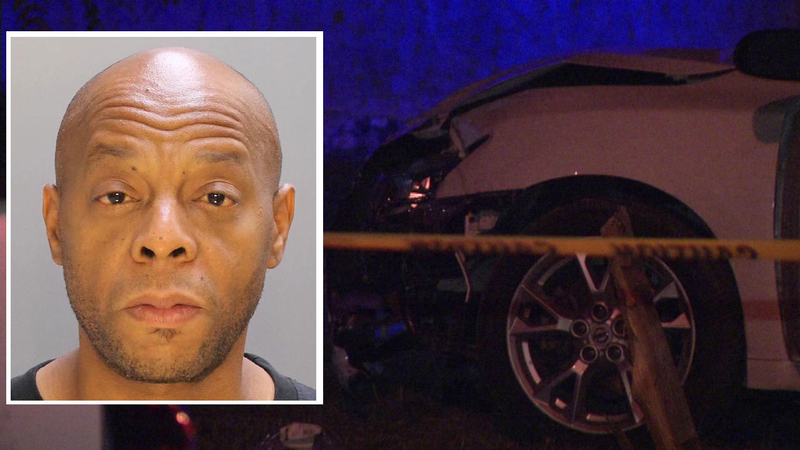 LOGAN (WPVI) -- Philadelphia police have made an arrest in the killing of a woman who was run over with a car and then beaten with a shovel in the Logan section.

Joel Horton, 50, is charged with murder in the death of 52-year-old Adrienne Lindsay.

Investigators say Horton ran over Lindsay multiple times with a Nissan Maxima. Then, police say, he retrieved a shovel from his trunk and then hit Lindsay several times.

Officers say they arrived on the scene to find Horton standing over Lindsay, who was still underneath the car.

One woman, who asked not to have her name released, said she was home when she heard what sounded like a crash.

"I was in my house, just got finished eating, and all of a sudden I heard this loud boom," she said.

She peered out the window and was one of the few to witness a horrific crime taking place in the dimly lit lot across the street.

She continued, "I thought it was a car accident. It wasn't until the driver backed up his car then I saw the lady laying in the lot and he just kept running the car over her."

But the suspect wasn't done with his gravely injured victim.

"After he got done doing that, he went to his trunk and got a shovel and just started hitting her over the head with it. She was screaming like she was waving her hands like 'no, no, no,' and he just kept going running her over," the witness said.

Ray Torres, a witness said, "He was just like nonchalant. Like walking around acting like nothing happened basically it looked like to me like he had the right to do that."
Lindsay was rushed to Einstein Medical Center where she was pronounced dead around 9:45 p.m.

Another witness says she overheard the suspect initially tell police it was all just an accident.

"He's going to tell the officer that it was an accident. That was not accident. You intentionally did that," said the witness.

She says though she's relieved the suspect is in custody, she struggles to push the horrific images out of her mind.

"I was froze, like, I got the image in my head and it will stay in my head," she said.

Witness tell Action News that they believe the two were in a relationship, but police say they have not confirmed that connection.