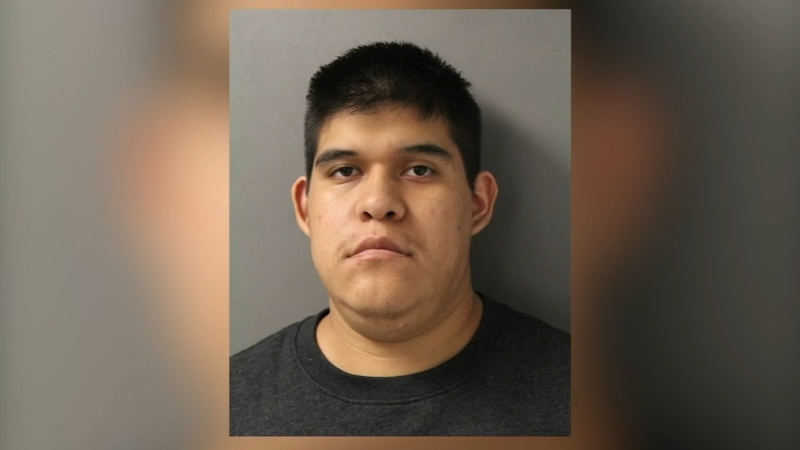 SCHAUMBURG, Ill. (WPVI) -- The driver of an SUV that barreled through Woodfield Mall in Illinois causing chaos and panic, had done extensive research on the sprawling complex in the days leading up to the rampage, authorities said on Sunday.

The Palatine man's motive is still not certain according to police, but new details of his alleged research portray what happened as a planned attack.

Garcia's research focused on Sears 35 times police said, and that was the store that witnesses said he rammed his SUV through to gain entrance to the mall. The vehicle plowed through two sets of double-glass doors leading into Sears.

More than a dozen searches were of the street and aerial pictures of the mall, police said.

Video showed Garcia zig-zagging through the concourse, picking off vendor carts while shoppers tried to get out of the way and ran for their lives. "Hysterical patrons were running and jumping in attempts to evade the vehicle's path" is how prosecutors described the scene in a statement Sunday from the Cook County State's Attorney's office.

Authorities said that Garcia first walked into the mall, through the Sears entrance, and exited to the parking lot. Four minutes later they allege he drove the SUV "at an exceedingly high rate of speed" through the doors and into the mall. They said he narrowly missed children riding a train in the mall and at one point had to put the vehicle into reverse so that he could continue on the rampage.

Schaumburg police announced at 2:30 a.m. Sunday that the Cook County state's attorney had authorized two charges against Garcia: terrorism, which is a Class X state felony - the most severe category of felony charges in Illinois.

"State charge based on any act that causes substantial damage to any building containing (5) or more businesses of any type" police said in a statement. "Substantial damage means monetary damages greater than $100,000."

A state terrorism charge is due to the scope of damage and style of incident. It doesn't necessarily indicate a link to any domestic or foreign terror group. Investigators have said they didn't find any jihadist connections in Garcia's history and digital footprint, nor any ties to radical groups in the U.S.

Garcia is also charged with felony Criminal Damage to Property. He was to appear in Cook County bond court later Sunday.

No one was struck by Garcia's car during the bizarre and frightening mall rampage and that is why he faces no additional, more serious charges. Also, authorities say they have concluded he wasn't targeting any individuals, stores or the mall.

The search history of Garcia's phone did reveal that on 21 occasions prior to the attack he looked up a former teacher but authorities have not said whether that person was a prospective target-or why the suspect had been looking up their information.

The question of why he allegedly did it is still open. Police say they don't know a motive for the potentially deadly incident, even after hours of questioning Garcia and one week at a psychiatric facility.

"Police believe Garcia acted alone, no motive has been determined" investigators said Sunday. "Garcia was released from AMITA Health Behavioral Medicine Institute on Friday (September 27) and transported to the custody of Schaumburg Police" they said.

The driver said nothing to explain himself and what happened when he was taken into custody-although on Sunday investigators said that he admitted driving his vehicle through the mall. Bystander photos show him glassy-eyed but not violent or threatening.

Prosecutors said Sunday that there had been more than 100 calls to the police 9-1-1 emergency phone line at the time of the incident.

As the ABC7 I-Team first reported on the day of the incident, Garcia was on medication for an undisclosed condition according to his father. The I-Team spoke with his father by phone shortly after his son arrived at Schaumburg police headquarters.