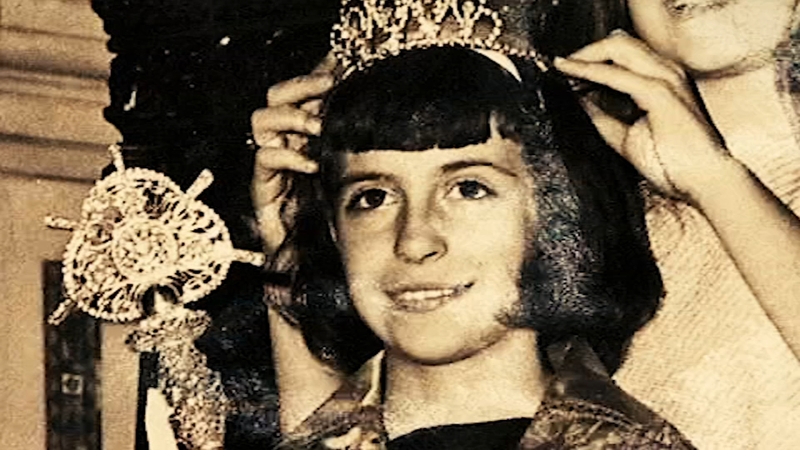 PHILADELPHIA (WPVI) -- We're just 22 days from the 6abc Dunkin' Thanksgiving Day Parade and for this 100th celebration, we're all getting a little nostalgic.

And that's certainly true for one South Philadelphia native who has a very regal place in history, as a Queen of the Parade.

At 61, she still gets just as giddy as her 4th-grade self when she talks about that time when she was chosen as Queen of the then Gimbels Thanksgiving Day Parade.

"I remember my mom telling me about joining this contest to be Queen of Thanksgiving Day Parade," Lopez recalls. "I thought it would be really fun to do and I thought, 'Wow! Queen for a day.'"

To apply, Terri had to write a 25-word essay about why she should be queen.

"Representing children welcoming Santa is a dream of childhood," she reads from her original letter. "Thanksgiving gives us a chance to show our gratitude for the blessings God bestowed on America."

And so, on that rainy Thanksgiving day on November 23, 1967, the St. Edmond's student from South Philadelphia won the title.

"We had our own float," she reminisces. "The queen was up on the throne and the ladies in waiting of the court were on the steps below."

But the real thrill, she says, was her moment with Santa Claus, which came with a little snafu that's been preserved in the city archives.

"We finally get to Gimbel Brothers and Santa is there and they were trying to take me off the float to take me to a ladder to climb to Santa's sled," she laughs. "And I have the crown and it's raining and I have this scepter and it gets caught in his beard."

He wasn't happy. The good news is she was still on his "Nice" list.