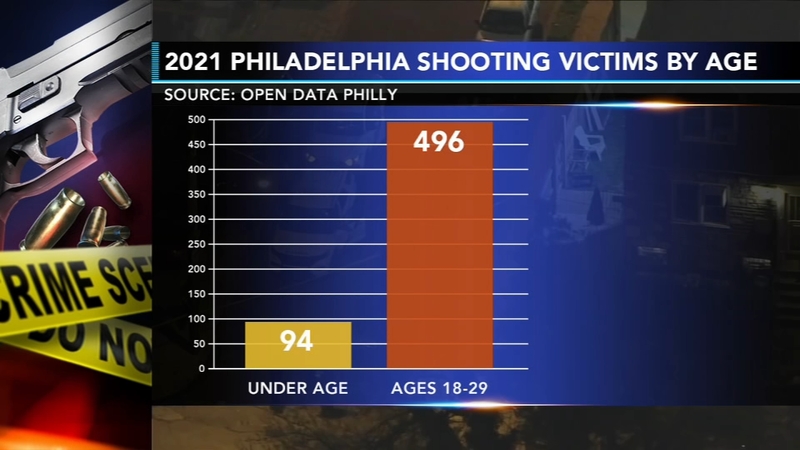 PHILADELPHIA (WPVI) -- The record gun violence in Philadelphia this year is specific to a cluster of North Philadelphia neighborhoods.

According to 6abc's Data Team, neighborhoods throughout North Philadelphia - including Strawberry Mansion, Logan, Ogontz and Fern Rock - have the highest amount of gun violence in 2021.

There are more than 1,020 shooting victims so far this year. Forty-eight percent of those victims are between the ages of 18-29, and nine percent are under 18. 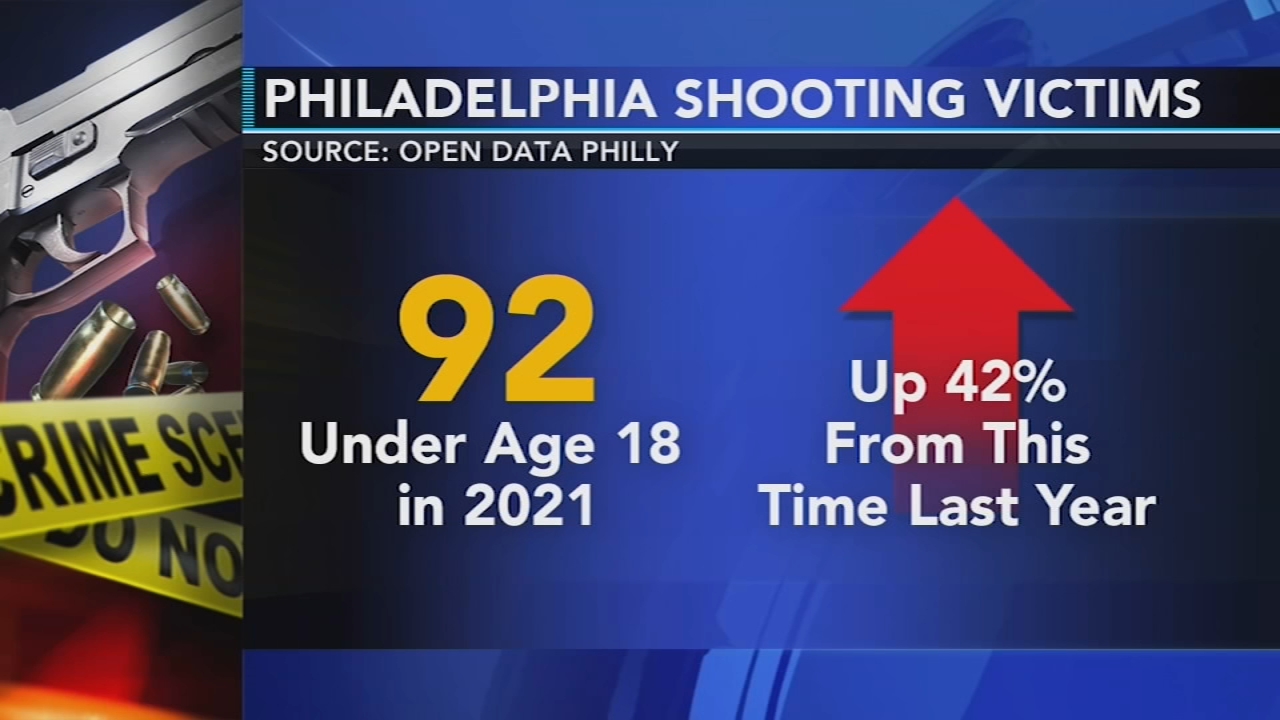 "It's outrageous, it really is, to the point where when you go out during the day, you just want to do what you do and go back home," said Dennis Williams of Olney.

"They're shooting kids and killing kids for nothing," said Tracy Baker of Logan.

In April, Police Commissioner Danielle Outlaw joined the U.S. Attorney's Office to announce an "all hands on deck" joint task force which added dozens of federal agents to the streets.

The U.S. Attorney announced a priority on prosecuting those gun crimes on the federal level, which carries harsher penalties.

Khalif Mujahid-Ali started The Beloved Care Project, which aims to provide mentorship to kids. The community-based project aims to address the root causes of pain and trauma in Philadelphia's youth so they can grow into healthier adults and pass what they've learned on to future generations.

"We're trying to bring love and care back into the households and communities and neighborhoods," said Mujahid-Ali. 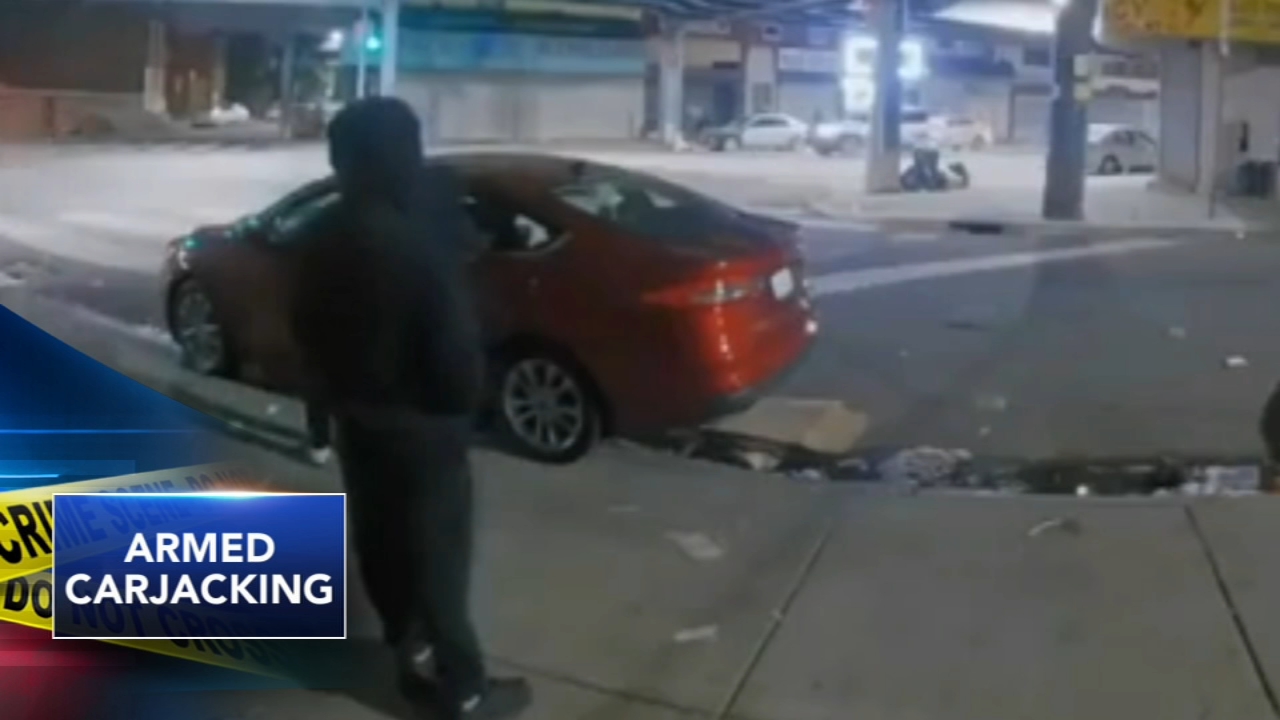 Dramatic increase in carjackings in Philadelphia
Philadelphia police released surveillance video of an armed carjacking amid an alarming rise in such crimes.

On Friday, Mujahid-Ali, along with several other anti-gun violence advocates, were at 13th and Christian where two teens were shot and wounded on Thursday night.

This weekend, he has two rallies to try and drum up community support regarding the crisis across the city, regardless of which section is seeing the most violence.

"I want this effort to be categorized as Philadelphia because the help is not territorial," he said. "The need is not territorial."
Report a correction or typo
Related topics:
philadelphiahomicideshootingphiladelphia policeguns
Copyright © 2021 WPVI-TV. All Rights Reserved.
TOP STORIES
AccuWeather Alert: Tracking downpours, localized flash flooding
Coach: Going to other rec centers is a 'death sentence for the youth'
'Aunt Mary Pat' opens up about fight with anxiety, depression
'Give me my food:' Woman pulls gun while in line at Chipotle
Bus driver shortage has another school district offering parents money
Philly shootings leave 2 dead, 6 hurt on Wednesday
Deadline approaching for phone companies to follow new robocall rules
Show More
What you need in order to get into Firefly Music Festival this weekend
FDA authorizes Pfizer COVID-19 vaccine boosters for at-risk groups
117 PSU students temporarily suspended for missing COVID-19 tests
Melvin Van Peebles, godfather of Black cinema, dies at 89
Harper's throw to plate saves Phillies' 4-3 win over O's
More TOP STORIES News