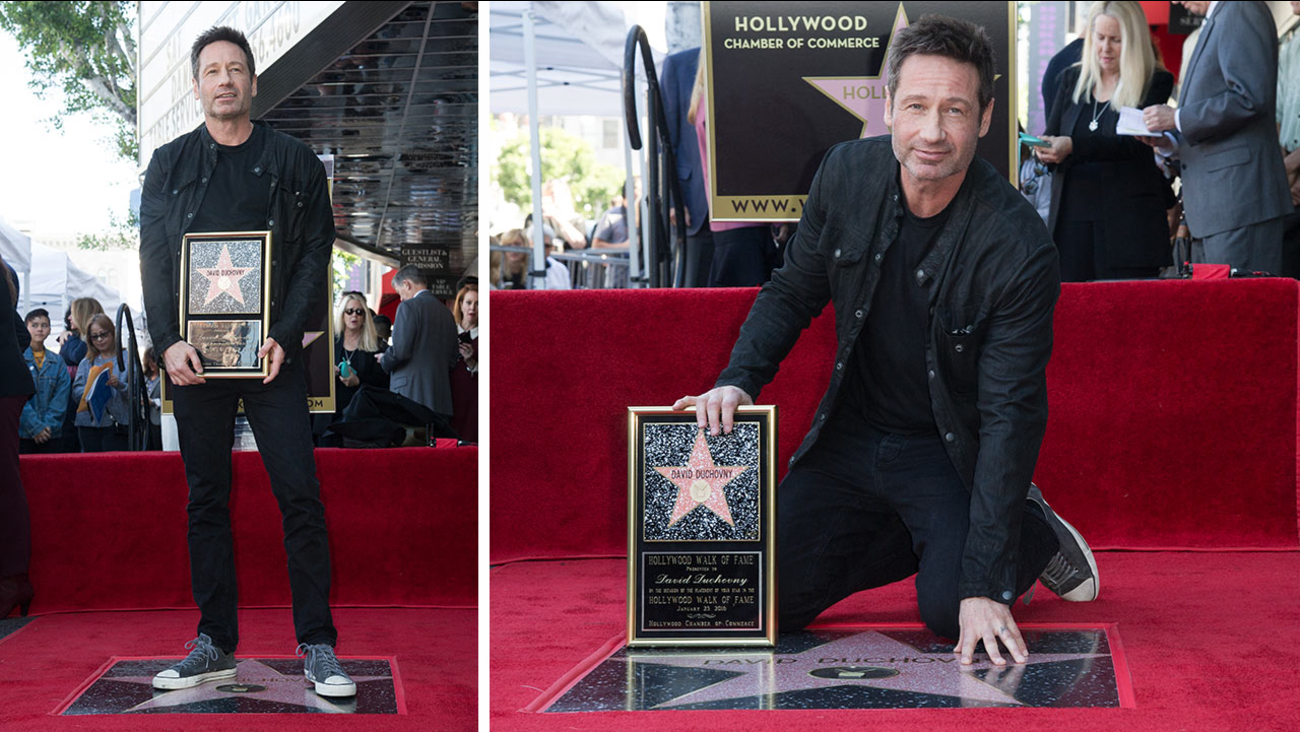 Actor David Duchovny attends a ceremony honoring him with a star on the Hollywood Walk of Fame on Monday, Jan. 25, 2016, in Los Angeles. (Richard Shotwell/Invision/AP)