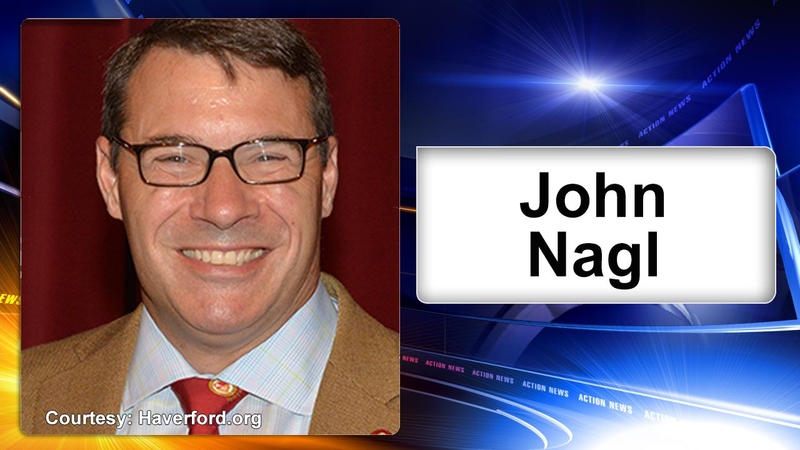 HAVERFORD, Pa. (WPVI) -- The Delaware County District Attorney's office said on Thursday it has withdrawn the charge against the headmaster of the Haverford School following his arrest earlier this month.

Dr. John Nagl was arrested after an altercation at his home on October 8.

In a statement, D.A. Jack Whelan said that while there was probable cause for police to make the arrest, his office has found there was "inefficient evidence to proceed with the prosecution of this case."

The altercation followed a dispute with his son, investigators said, and it was his son who called 911.

Nagl was placed on administrative leave by the Haverford School following the arrest.

In a statement, the school said the Board of Trustees is scheduled to meet early next week to "fairly and deliberately assess the situation in light of this new development."
Related topics:
haverford townshippennsylvania news
Copyright © 2021 WPVI-TV. All Rights Reserved.
More Videos
From CNN Newsource affiliates
TOP STORIES