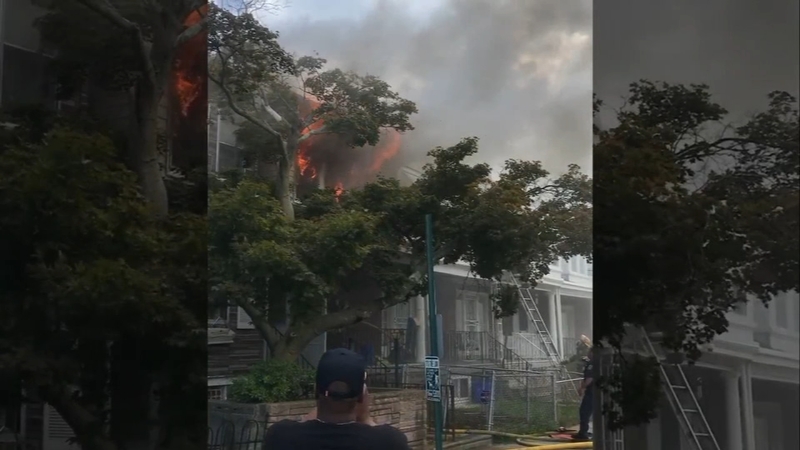 The blaze broke out in the 2000 block of Eastburn Avenue just after 4 p.m.

"I was hoping against hope that it was not going to be that bad, but when I saw all these people..." said homeowner Willa Pearl Coaxum. "I just... unbelievable."

An Action News viewer captured the intense flames coming from the second floor of the rowhome.

It's not clear what sparked the inferno.

It took 50 firefighters nearly an hour to tame the flames and at times the smoke was very intense.

Kevin D'Voice watched on the sidewalk.

"My heart began to race because you really couldn't tell what was wrong," he said.