The games will air live on ESPN.
WPVI
By 6abc Digital Staff 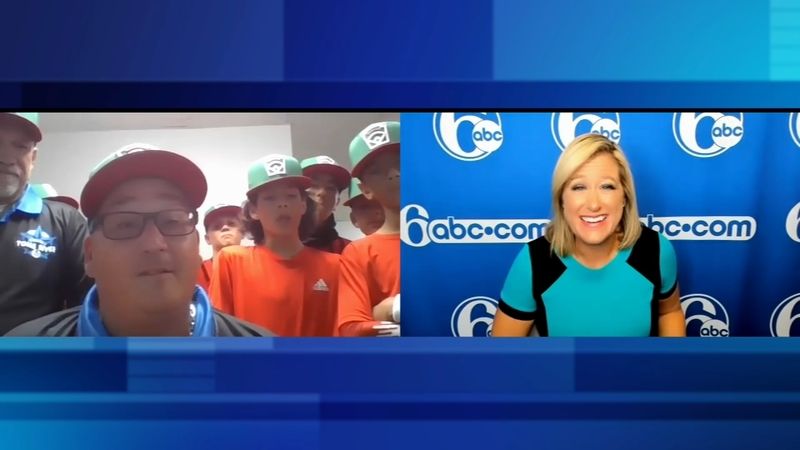 PHILADELPHIA (WPVI) -- The Little League World Series opens Thursday in Williamsport, Pennsylvania and we've got two teams to root for.

We have a message for the Toms River East Little Leaguers set to begin the @LittleLeague World Series on Thursday - good luck from the Jersey Shore BlueClaws! pic.twitter.com/GoJR9QCpk9

Then our other local players from Upper Providence Montgomery County, known in the series as Oaks, Pa., take the field and face Oregon on Friday.

UP Nation, we present to you, the 2021 Mid-Atlantic Region Champions!#NewSwag#SameHeart pic.twitter.com/w8fKFjKi63

"It's been awesome," said Ben Ludwig, head coach of the Mid-Atlantic Region Champs. "The kids haven't even started playing a game yet and I think if you ask anyone of them, it's been the best time of their lives."

ESPN will broadcast the Toms River game on Thursday at 5 p.m.

"After being canceled last summer due to the coronavirus pandemic, the Little League World Series is back for 2021," ESPN says. "Although the effects of COVID-19's Delta variant will limit the competitors to U.S.-based teams only -- as well as limit the number of fans in the stands at venerable Lamade Stadium -- there will still be plenty of action and excitement in Williamsport. The LLWS, which runs Aug. 19 to 29, will be available on ESPN networks."

This year, the regional championship teams as well as the runner-ups moved on to the World Series.