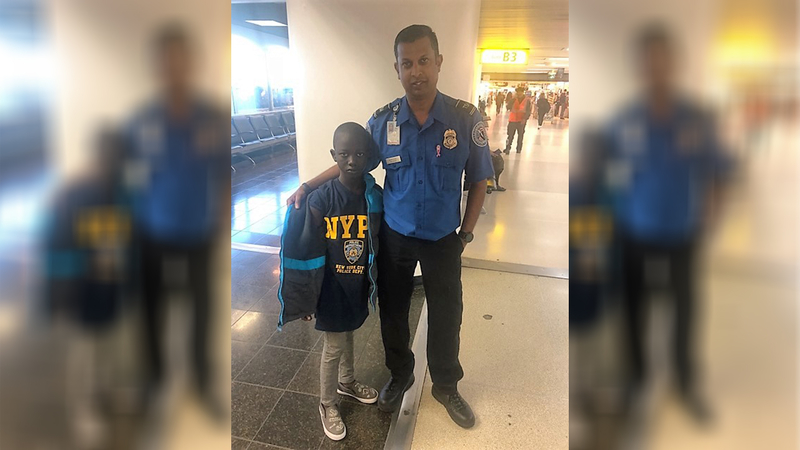 NEW YORK -- TSA officers at LaGuardia Airport stepped up on Wednesday to buy a young boy a shirt after he came through a security checkpoint without wearing one.

The TSA says the officers realized the boy wasn't wearing a shirt after he took off his jacket while going through the checkpoint.

The boy and his father were heading to Denver, so with cold temperatures expected there, the officers were concerned.

Two officers then stepped away from the checkpoint to buy the boy an NYPD t-shirt from an airport store.

The father had told the TSA officers that all of their clothes were in a checked bag and that he did not realize his son wasn't wearing a shirt.