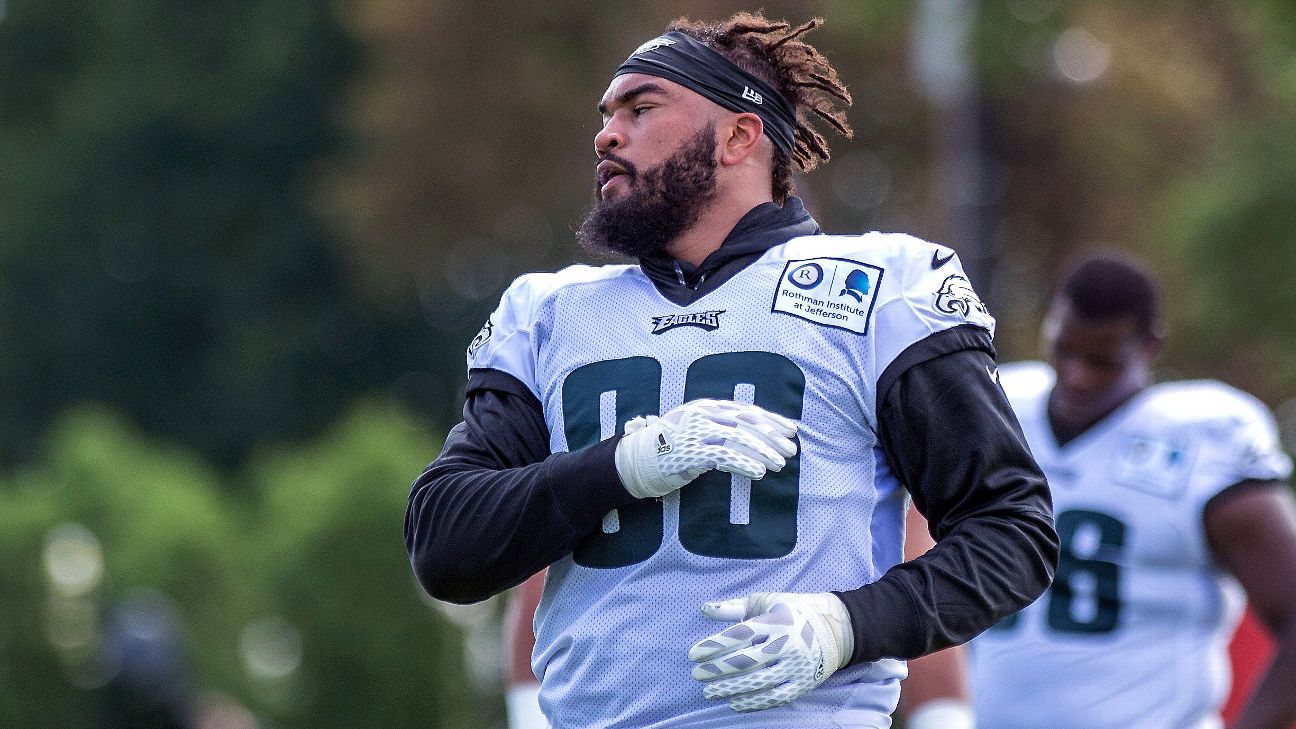 "It's a tragedy," Eagles coach Doug Pederson said Friday. "You think about the family, you think about [Derek]. He is back in Nashville with his family going through this right now."

Felipe Castelblanco, 47, has been charged with vehicular homicide by intoxication. According to a release from the Metro Nashville Police Department, Castelblanco crossed over into oncoming traffic and collided head-on with the car driven by Barnett, who died at the scene. Castelblanco was unsteady on his feet and admitted to drinking whiskey prior to the crash, according to the report.

Castelblanco has also been charged with leaving the scene of a fatal crash, failure to render aid, and failure to notify law enforcement. He is being held in lieu of $100,000 bond.

Derek Barnett, a 22-year-old Nashville native, played college football at the University of Tennessee, where he broke Reggie White's all-time school sack record. He was selected by the Eagles in the first round of the 2017 NFL draft. He is currently on injured reserve following shoulder surgery.