'There was like a big hole in my leg': Boy shot on IronPigs baseball field speaks out 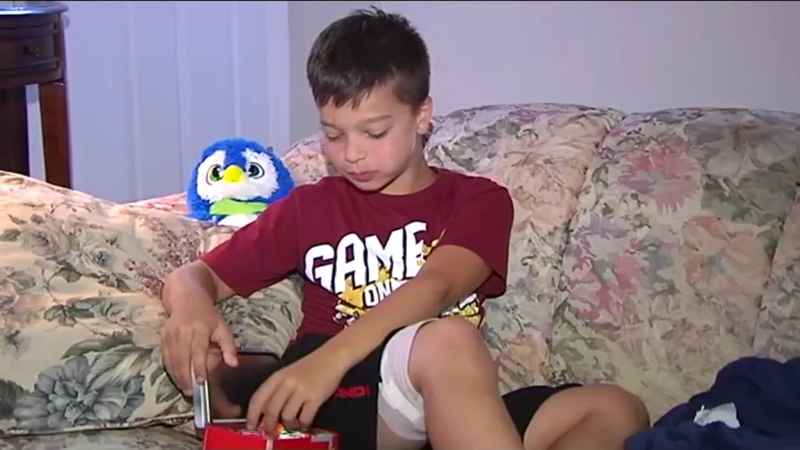 Boy recovering after getting hit by bullet on baseball field

ALLENTOWN, Pennsylvania (WPVI) -- A young boy is still recovering after he was shot in the leg during a freak accident at the Lehigh Valley IronPigs game over the weekend.

Police said the 10-year-old boy was in right field for a pre-game Harry Potter event when he fell to the ground at around 6:30 p.m.

The boy's leg was bleeding, but he was able to walk up the steps with his parents to get help.

He was taken to a local hospital where officials said an x-ray of his leg revealed a bullet lodged behind his knee.

On Monday, the boy, identified as Corey Hagan, spoke out about the scary ordeal.

"I just went over like this cause it just hurt and then I looked over and there was like a big hole in my leg," Hagan said.

Hagan's mother has video of the child at the moment he was hit.

We spoke to Kurt Landes, general manager of the IronPigs, who says after reviewing the video Allentown police decided against evacuating the stadium because police did not feel fans were in danger.

"By the time police understood that there was actually a gunshot wound, they had the video of the boy actually being in the process of when it occurred when his knee buckled, to understand how he was standing, as well as the angle of the bullet behind the boy's knees. You can tell it came really straight down directly from the sky," said Landes.

Jason Hagan, Corey's dad, said he was at work when he got a call telling him what happened.