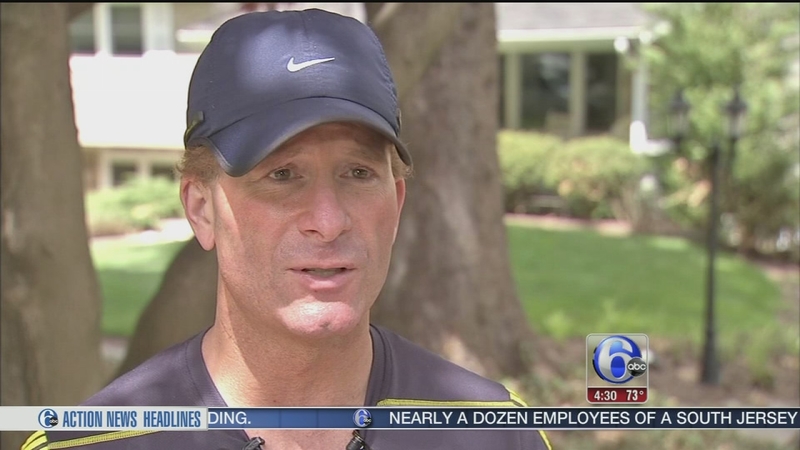 By now you've probably heard of Mike Rossi, a runner and father of twins, who accidentally sparked a huge parenting debate by posting a letter to his children's school on Facebook.

The letter came after his kids were slapped with three unexcused absences for traveling to watch him run the Boston Marathon.

Well, today Rossi sat down with that school's principal. Rossi later told Action News that meeting didn't really change anything, but both sides got to speak their peace.

"I don't regret it. I would do it again in a heartbeat."

Mike Rossi is talking about his decision to pull his kids from school for a few days, so the entire family could go watch him run the Boston Marathon, and then check out some well-known local attractions.

"We went to where the Boston Tea Party was. We went to the Freedom Trail. So, we try to make it educational as well," he said.

But even though he notified the school about the plan, Abington School District officials sent him a letter notifying him that those absences would not be excused, and that further unexcused absences could lead to the district taking administrative action.

"To get a letter like that, that was pretty accusatory and the language was pretty hostile, it made me a little angry," Rossi said.

So, as many people do these days, he took his gripes to social media, writing that the school's absentee policies are silly, and "our children had a once-in-a-lifetime experience, one that can't be duplicated in a classroom or read in a book."

Well, that Facebook post went viral, and has the Rossi's fielding interview requests from media outlets across the country.

It also prompted the Abington School Board president to post a more than page-long response on the district website reading in part:

"I believe it is our job as parents to make sure that our children understand the importance of rules, that rules should be followed, and that there are consequences for breaking rules."

Action News spoke with parents in Abington, some of whom agree with the school's position. But many others say the Rossis did the right thing.

Abington resident Timothy Richardson said, "Sometimes you gotta break the rules a little bit, so to speak, to make sure your children have a better life. To see things outside of what they usually don't learn in school."