Saint's jaw was broken, and Tiffany Lavelle says that was the last time she saw Saint alive.
WPVI
By Christie Ileto and 6abc Digital Staff 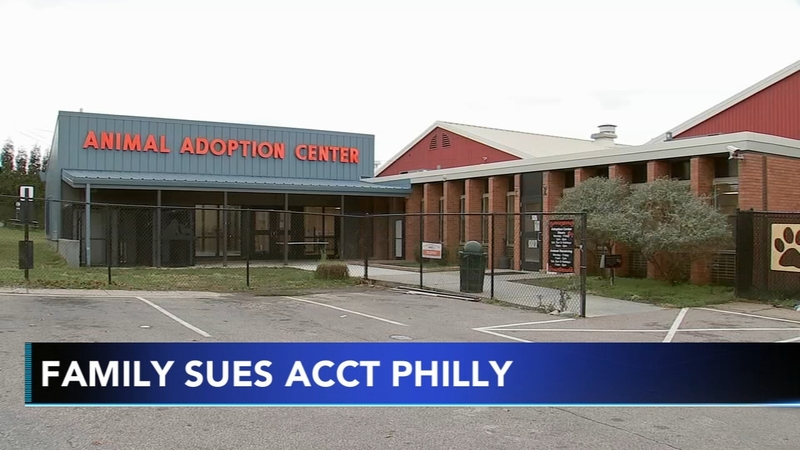 PHILADELPHIA (WPVI) -- Tiffany Lavelle has been demanding answers since August about the death of her dog.

Saint was taken to ACCT Philly by police after Lavelle's then-boyfriend was involved in a traffic stop.

Lavelle says she thought her dog would be safe, but now is taking legal action against the shelter.

"He had his head down, tail between his legs, and his jaw was hanging from his face," said Lavelle.

Saint's jaw was broken, and Lavelle says that was the last time they saw Saint alive.

She says his condition changed drastically from the time he arrived in the care of ACCT Philly. When the couple tried to pick up the dog, they were told they needed proof of a veterinary appointment.

When they went back the next day, Saint had been euthanized.

Jordan Strokovsky is a catastrophic injury and wrongful death attorney. He filed a lawsuit Wednesday, alleging negligence and fraud.

"Next thing you know, this calm dog in the backseat of a car has a broken jaw, which we believe could only have occurred by the application of blunt force," said Jordan Strokovsky. "It's that next day that they found out that ACCT, without any calls for concern, any phone calls to the family, they put Saint down. They killed Saint."

In a statement issued, ACCT Philly says in part: "We have previously conceded that this case was a tragedy and that we changed a policy to prevent a similar sequence of events from happening again...The investigations have not yet determined how Saint's injury occurred."

One of the changes ACCT Philly has made is allowing an owner to reclaim an animal without securing vet care.


As you may be aware, we have yet to receive results from investigations into the incident by the Philadelphia Police Department and the PSPCA. We have previously conceded that this case was a tragedy and that we changed a policy to prevent a similar sequence of events from happening again.

The investigations have not yet determined where or how Saint's injury occurred. That will be an important factor as we evaluate how to respond to the lawsuit.

As for our internal investigation, aside from the immediate change made to ensure a tragic situation like the Saint case doesn't happen again, we have found our processes and procedures align with best practices in animal care.