Parents: Our children were abused at a Christian pre-school 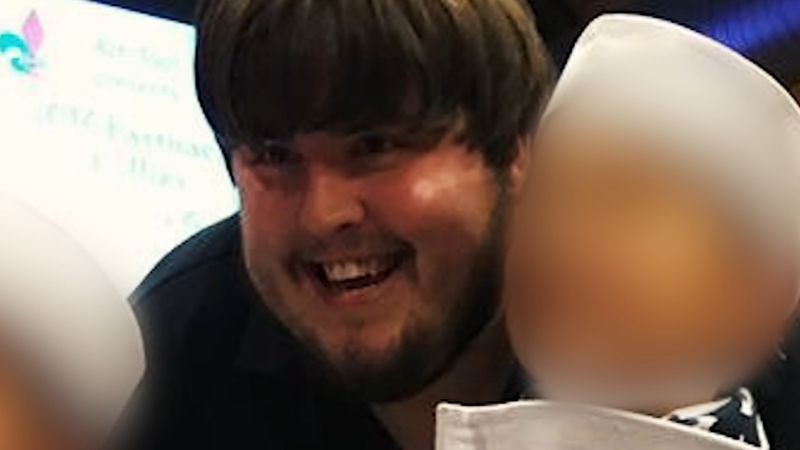 Parents: Our children were abused at a Christian pre-school

HAINESPORT, N.J. (WPVI) -- Parents and their attorneys are accusing a South Jersey Christian preschool aide of sexually abusing their kids. They say it could've been prevented.

But after prosecutors declined to file criminal charges, the parents are taking their shocking claims to civil court. Investigative reporter Chad Pradelli sat down exclusively with three of the mothers.

We're withholding their identity to protect the children.

One mother says a conversation in 2016 with her 4-year-old son left her ill.

"Just one day out of the blue, he came home from school and told me what happened," she said. "He said that someone had touched his private part. I asked him who it was, he said that it was Mr. Evans."

Christopher Evans was a daycare aide at the Rejoyce Christian School at St. Paul's Lutheran Church in Hainesport. His mother, Karen Boettge, was the school's director.

A half dozen children have now come forward claiming they were molested by the 29-year-old. Most of the alleged victims were boys, though one was a girl.

Another mother recounted to Action News when she learned of the alleged abuse.

"The pediatrician asked her if somebody had touched her there, and she said yes and that's when she disclosed that it was him," that mother said.

Evans allegedly abused the preschoolers in 2015 and 2016. In four of the cases, an investigation by the Abuse Unit of the New Jersey Department of Children and Families "substantiated the sexual abuse."

Still, no charges have been filed.

The families say there were warning signs. In 2014, several parents had complained about Evans and inappropriate lap sitting. They say the church didn't fire him, but instead instituted a new policy.

Action News obtained a secretly recorded meeting with Senior Pastor David Jost and parents at Rejoyce after the sexual abuse allegations surfaced in 2016.

Parent: "Who was made aware that Mr. Evans was not to be alone with children?"

Pastor Jost: "I guess it would have been Miss Boettge and myself. My understanding was that we had put in all sorts of firewalls, protection, to make sure Mr. Evans was not left alone with any child."

But when we went to Jost's home looking for comment, he denied it:

Chad Pradelli: "Why was there a private agreement that he wasn't supposed to be alone with children?

Pastor David Jost: "There was no private agreement."

Pradelli: "There wasn't? We have proof otherwise."

Pradelli: "You've admitted to parents on tape that you screwed up and you should've done more."

These parents blame the pastor but also Evan's mom who they say should've known full well her son shouldn't be alone with children in the first place.

"When we met with the prosecutor's office on January 12, that's when they told us that they learned that this individual had previous child protective service cases open against him," said one of the mothers.

Action News has confirmed there was an earlier investigation involving a relative. No charges were filed.

Evans and his mother refused to comment for our story.

Burlington County Prosecutors have has also declined to prosecute the recent allegations. Civil attorneys admit 4 and 5-year-olds are difficult witnesses, but the failure to charge criminally is a blow. In court papers, Evans has denied the molestation and the church denied wrongdoing.

This mother has a dire warning:

"It's going to happen to another child because nobody's listening to them."

The Burlington County Prosecutor's office declined our request for an on camera interview, but released a statement that reads:

The investigation into possible criminal activity at reJoyce Christian School on Marne Highway in Hainesport began after allegations were made in December 2016 of the sexual abuse of students by a school employee. An investigation was opened immediately and involved the Burlington County Prosecutor's Office along with the New Jersey State Police, the State of New Jersey Department of Human Services and the State of New Jersey Department of Child Protection and Permanency.

A successful criminal prosecution requires proof beyond a reasonable doubt. Here, the findings of the investigation did not support the allegations to the degree necessary to meet this high burden of proof. The BCPO maintained regular contact with the families of the alleged victims throughout the investigation and explained to them our decision not to bring charges.

This Office has no higher priority than to keep children safe, and I understand the disappointment of the families affected by the disturbing allegations in this case. However, it would be irresponsible to charge an individual with a crime that we do not believe we can prove. I will not address the particular challenges involved with prosecuting this case, but I will say that the BCPO did attempt to interview the employee against whom the allegations were made and, through counsel, that individual exercised his Fifth Amendment right and declined to be interviewed.

No further information will be released concerning this investigation.

The school has since been closed.

If you are on a mobile device tap here.