Troubleshooters investigate why some Philadelphia homeowners are getting water shut off

"I really thought I was doing everything I was supposed to. I got the notices in the mail," said one customer.
WPVI
By Nydia Han and Heather Grubola 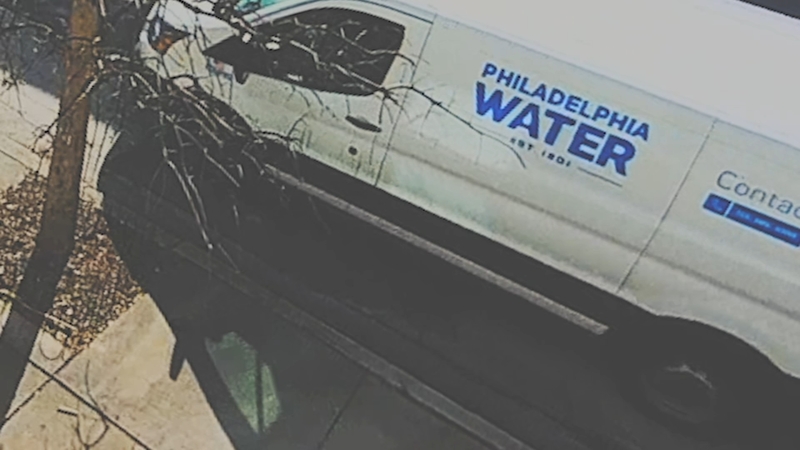 Investigation: Why are some Philly residents getting water turned off?

PHILADELPHIA (WPVI) -- Philadelphia homeowners are getting notices to replace their water meters.

Residents say that even after responding and doing everything right, their water is getting turned off.

Three-quarters of the water meters in the city still need to be replaced, but the Philadelphia Water Department is already shutting off service for alleged non-compliance with the mandatory upgrades. And at the current rate, nearly 10,000 homeowners could get cut off.

Keiran Rump of Fairmount said she acted fast when she got a notice to replace her water meter.

"I call them, scheduled, and they came out to replace the meter but were unable to do so," she said.

Rump said the technician claimed the space was too small and she had to hire a contractor to cut a hole in her wall.

"And that there was no deadline, especially given the fact that we were in a pandemic," Rump said.

So she was shocked when her water was shut off a couple of months later.

Bernadette Pitts of Point Breeze said no one showed up when she called.

"I really thought I was doing everything I was supposed to. I got the notices in the mail. I made the appointment," said Pitts.

She was told her water meter had already been replaced.

"So I took their word for it and considered the matter closed," she said.

So she was stunned when her water was shut off a few weeks later.

Due to the pandemic, the Philadelphia Water Department (PWD) is not shutting off service for unpaid bills, but they are turning off lots of customers for failing to schedule the mandatory upgrade - so far about 2%. It may not sound like a lot, but that equals 2,400 homes thus far.

The Troubleshooters asked PWD if they would investigate this type of customer service.

"Yeah, absolutely. If someone calls our customer service line and lets us know that happens, it's something that we investigate," said spokesman Brian Rademaekers. "The last thing we ever want to do is shut someone off. It costs us a lot of time. It costs us money. We want to keep your water flowing."

"Our meter program has been extremely, extremely popular. We have 99% of people who have participated, say they had an excellent experience with it," he said.

PWD said normally shut off occurs only after multiple notifications have been sent out via mail, by phone, on your bill and in person. And on the day of shut-off, you can expect to see someone.

"We'll actually knock on your door the day that the shutoff is occurring and try and upgrade your meter right then in there," he said.

But the Troubleshooters obtained surveillance video from the home of an Action News employee. The water is turned off before the technician knocks. And it turns out he's at the wrong address. PWD said that is an unusual and isolated incident.

Rump said the city told her because of low staff, it would be a while before her water was restored. Then she contacted the Troubleshooters.

"Lo and behold he did have somebody who was on their way to my house momentarily," she said. "He changed the water meter right away with no problem, and then turned my water back on."

If your water is wrongfully shut off, let the Troubleshooters know and we will try to help you.

The Philadelphia Water Department released this statement regarding the mistaken shut off on an Action News employee:

"This accidental shutoff was the result of human error and we deeply regret any inconvenience to the customer. Water was restored within about 30 minutes of our staff being alerted to the error. Accidental shutoffs are extremely rare and not representative of the experience for the more than 120,000 customers upgraded so far. Any customer who believes they were shutoff in error should call (215) 685-6300 immediately so the Water Department can investigate.

Shutoffs are always the last enforcement option used after all other attempts to resolve issues are exhausted. When customers are shutoff for failing to upgrade their meter, water is restored in less than 24 hours in approximately 90 percent of the cases."

List of communications the water department will send before a shut off: