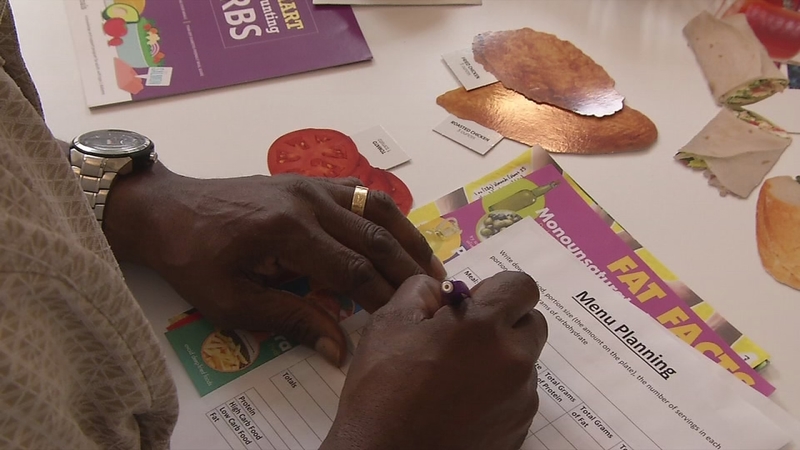 There are numerous efforts to combat the problem and to make sure diabetics stay on top of their condition.

Michael Green has been living with diabetes for 15 years, but never had the tools to be in charge of it - until now.

Since then, he's learned a lot, starting with the wide range of medications beyond insulin.

"I have a treadmill and a bicycle, and I've started using them," said Green.

Ninety percent of Americans with diabetes have type 2, like Green.

It's not just about eating too many sweets.

"They've got the insulin, but it doesn't function to help deliver the sugar to the organs, so the organs can use it well," said Dr. Heidi Syropoulos.

"It tells us what your average blood sugar has been like for about 2 or 3 months," said Dr. Syropoulos.

A yearly eye exam to check the retina at the back of the eye is also a must. So is a yearly urine test.

With the changes so far, Green's A1C is down about 30%

He's nearly 60 pounds lighter and another success story from the PHMC support group.

"The way that they are all able to interact with one another and offer suggestions. They feel better when they're coming here," said Johanna Troy, R.N., C.D.E at Public Health Management Corporation.