Another device found in relation to explosions in Northampton County 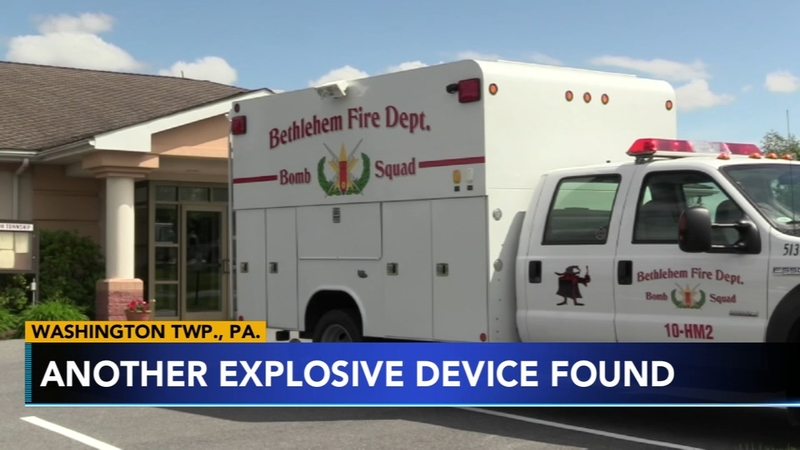 Another device found in relation to explosions in Northampton County

WASHINGTON TWP., Pa. (WPVI) -- Another device has been found in relation to a recent series of explosions in Northampton County.

Police were on scene at Flicksville Road and Route 191 Thursday afternoon.

Two other un-detonated devices had previously been found.

There have been 10 confirmed reports of explosive sounds since the end of May, the most recent happened this past Monday.

Heather Dugey from Washington Township says she has been hearing explosions for weeks, but the one she heard a few days ago almost made her jump out of her skin.

She says, "It sounded like it was just a bomb that went off on our front yard."
Dugey and many others who live in this rural part of Northampton County say someone here has been randomly detonating explosives since late March.

The most recent occurred this past Monday night.

And people who live here say all of these explosions seem to take place in different parts of town.

Fortunately, no injuries have been reported.