Driver killed in violent crash on I-495 in Claymont

The crash occurred at 1:15 a.m. Tuesday on the northbound lanes of I-495 near Edgemoor Road.

Police say a 2004 Ford Explorer was travelling at a high rate of speed when it suddenly swerved to the right and then to the left, and traveled onto the grass median.

The front of the vehicle struck a guardrail and overturned several times.

The driver, Jose Rodriguez, 27, of Wilmington, was ejected onto the northbound lanes of I-495. Rodriguez was then struck by several vehicles.

Police say he was not properly restrained.

Rodriguez was pronounced dead at the scene.

The passenger in his vehicle, Merry L. Ortiz, 28, of Wilmington, was transported by ambulance to Christiana Hospital and admitted in stable condition.

It is not known if she was properly restrained.

The Collision Reconstruction Unit continues to investigate this incident.

I-495 northbound was closed for approximately four hours as Troopers investigated and cleared the crash. 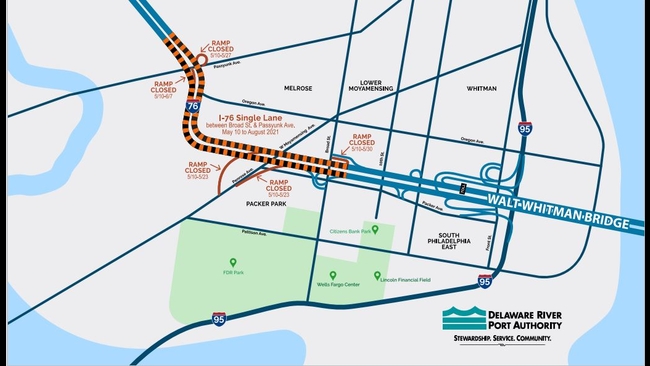