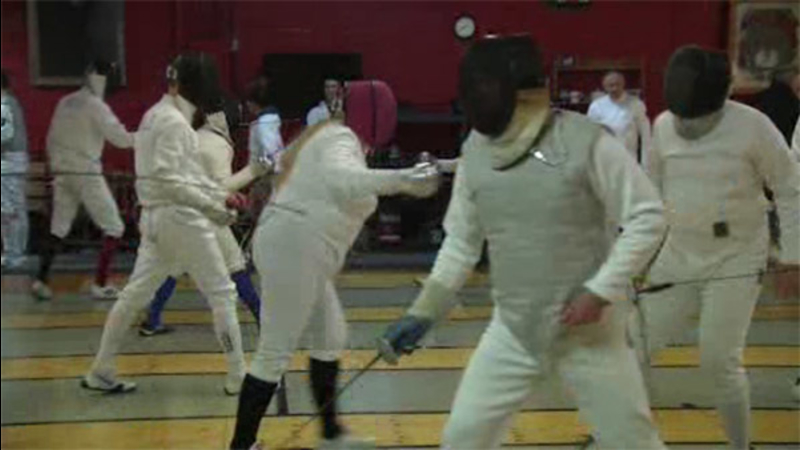 PHILADELPHIA (WPVI) -- One champion gets back into the game after more than half a century.

For Joe Cohen, fencing is much more than just a hobby. He's ranked 8th in the world among fencers over the age of 70.

When he was asked why he does it, his answer is simple.

"Because I'm good at it for one. But, it's a real combination of mind and body," said Joe Cohen of Cape May Courthouse, New Jersey.

Joe started fencing in 1960 when he was a sophomore at Olney High in Philadelphia. He's always been good at.

"I was a state championship twice and a city champion once," adds Joe.

He went to Temple University on a fencing scholarship, and twice made all American.

He continued competing in the sport for years after, but when he moved abroad, he gave it up. When he retired, he decided to take it up again.

"I didn't have much intellectual challenge or Physical challenge. And, I was putting on weight and getting flubby, so I decided to take it up again and boy was it difficult, getting back in shape," said Joe.

And he says it's a sport that conditions not just his body, but also his brain.

"You're trying to play ahead of your opponent, one or two moves to try to set him up, you try to identify weakness, but at the same time you're trying to cover any of your weaknesses," added Joe.

Mark Holbrow is the Owner and Fencing Master, Bucks County Academy of Fencing.

He says, "Fencing has always been known as the chess game of the athletic arena. It's a good sport for all ages. And especially for older people."

Joe has won national medals and competed internationally, but he also pays it forward.

He travels two hours each way to practice with a club in Lambertville.

But, the love of competition is not his only motivation.

Joe says, "I've made so many new friends here. In fact, every night after fencing ends we'll sit down and order pizza, and have wine if we want, and just chat."